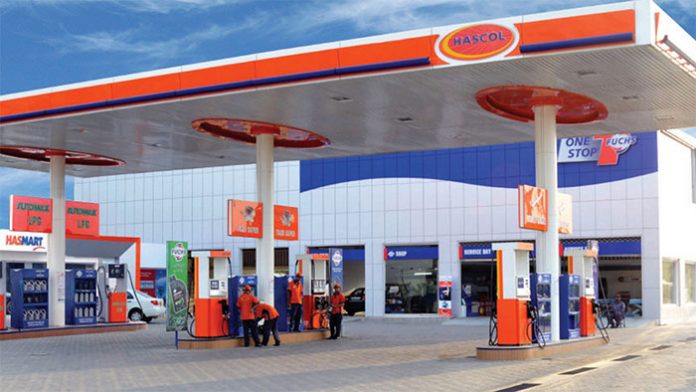 ISLAMABAD: Following the judgments of the High Court of Justice, Business and Property Court of England, and the Wales Commercial Court (QBD), the Sindh High Court (SHC) on Wednesday decided to freeze the assets of Hascol Petroleum Limited.

As per details, SHC issued a notification in this regard on October 12, following an execution application filed by Mena Energy DMCC under section 44-A CPC for enforcing a judgment dated June 15, 2018, passed by the above mentioned court as Hascol Petroleum Ltd. owns assets in Karachi.

The Court of England had awarded $9,500,000 against Hascol Petroleum Ltd., which is incorporated in Pakistan.

It is relevant to mention here that the dispute was related to transactions for the sale of fuel oil by MENA to Hascol for shipment in November/December, 2014, when there was a sharp decline in oil prices. However, Hascol defaulted on its obligations under the contract.

As per details, the arbitration case in English courts was concerned with two transactions; one related to the sale of fuel oil and the other of gas oil supply by Mena Energy that engaged in the trading of crude oil and petroleum products with Hascol Petroleum in November 2014. Mena Energy demanded damages it suffered as Hascol couldn’t open a letter of credit for the gasoil shipment, while Hascol pressed counter claims for the late delivery.

On February 16, 2017, the England and Wales High Court of Justice (Commercial Court) had handed down judgment on the liability of the dispute between MENA and Hascol. The court ruled that MENA was authentic in its liability claim and dismissed counterclaims with regards to each of the fuel oil and gasoil shipments.

Hascol Petroleum Ltd. was incorporated in Pakistan as a private limited company on March 28, 2001. On September 12, 2007, the company was converted into a public unlisted company. The company obtained an oil marketing license from the Ministry of Petroleum and Natural Resources in 2005 and acquired assets of an LPG licensed company in the year 2018.

The company is Pakistan’s leading oil marketing company (OMC). It is engaged in the procurement, storage, and marketing of petroleum and related products in Pakistan with its inventory including fuel oils, diesel, gasoline, jet fuel, and liquefied petroleum gas (LPG) products.

It is pertinent to mention that the Pakistan Stock Exchange (PSX) management had earlier put Hascol Petroleum Ltd.’s name on the list of defaulters for failure to comply with the rules and regulations of the exchange.

Reportedly, the allegation was regarding its failure to hold the annual general meeting for shareholders and the submission of annual audit accounts for 2020.

Earlier on August 25, members of the Senate had asked the government to enter the names of Hascol Petroleum officials on the Exit Control List (ECL) over alleged involvement in a fraud of over Rs66 billion.

To recall, in 2019, the company made a loss of Rs 26 billion for the year ending December 30. In its recently released report for the third quarter of 2020, it has managed to make a loss of Rs20.9 billion.

At present, the company is crippled by severe debt, which stands at Rs58 billion. The 14 banks Hascol owes money to are now forming a consortium to get the company potentially restructured. As one source put it, Hascol’s rise and fall is a reminder of the damage that can be shaped by obtaining heavy loans and giving unnecessary discounts to achieve growth.

In a detailed feature published in April this year, Profit laid out what happened to Hascol this year.