Nutshell has in its roster major influentials, including former country head of Coke and Visa  from the corporate world 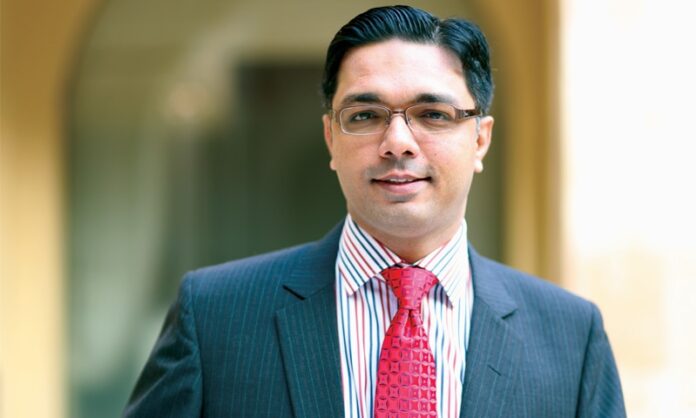 Azfar Ahsan, the founder of Pakistan’s first dedicated corporate lobbying firm, has been picked to head the Board of Investment as its Chairman with the status of minister of state. Mr Ahsan, who has decades of experience organizing conferences and is famous for his vast network of political, corporate, and military officials will take over the currently vacant position after he is officially notified by the federal cabinet.

Ahsan founded the Nutshell Group in 2003 as an event management company that focused on organizing and executing large conferences for both the corporate sector and political players. He very quickly gained a reputation for being able to draw big names to his conferences, and often seated bitter rivals on the same panels without incident. Between 2003 and 2020, Ahsan’s Nutshell Group organised more than 400 conferences.

As an event organizer and political mover and shaker, Ahsan cultivated a deep and complex network comprising the country’s political and business elite. Using the momentum from this, his latest project is Nutshell Communications, a public relations company he founded this year which represents major clients such as large banks, telecommunication companies, power companies, and other corporations.

The new company reportedly has 80-90 regular clients. Nutshell has in its roster major influentials, including Amer Pasha the former country head of Coke and Visa  from the corporate world and former Air force chief Sohail Amman. In his own words, Nutshell Communications is a research driven lobbying firm that advocates for its clients on a government level. The lobbying firm and Mr Ahsan were part of a recent feature by Profit on corporate lobbying in Pakistan.

Ahsan is also the founder of Corporate Group Pakistan, which started off as a whatsapp group for the who’s who of Pakistan’s rich and powerful. The group has since evolved into an organisation that hosts dinners, parties, events, and promotes dialogue. The group, which Ahsan likes to describe as more exclusive than the Punjab and Sindh clubs, is a living embodiment of the networking success of Ahsan and his ability to get things done and connect his clients with the relevant people.

The news comes only a few months after Khalid Mansoor was appointed the Chairman of the CPEC project in Pakistan. A former CEO of both the Hub Power Company and Engro fertilizer, Mansoor as per sources is a supporter  of Ahsan.

Earlier, it was also being predicted that since the BoI was supposed to work in very close proximity with the CPEC Authority, either Mansoor would be given the additional charge or someone close to him would be handed the position.

Details are emerging that Ahsan had been working closely with the BoI on its many initiatives for many years now , and back in June this year, after the seat of the BoI chairman had fell vacant, he according to a press release had said that “this time round, an energetic and young person with zeal having well defined goals should be appointed as BoI’s Chairman. Irrespective of the gender, the new chairman should be a livewire who can unveil a well defined execution strategy.”

As chairman of the board, Azfar will also have the status of a minister of state.