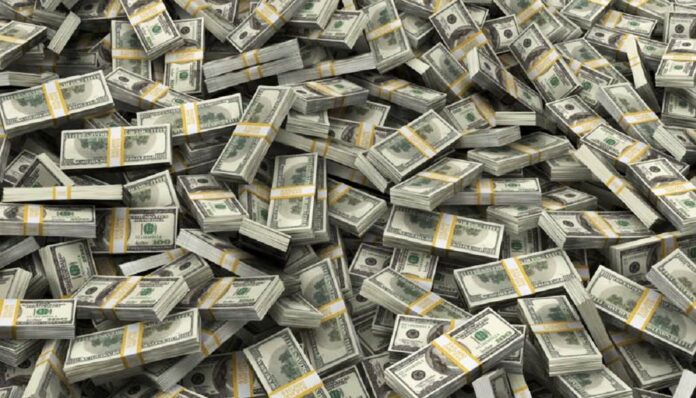 A number of viral tweets have been going around claiming that at the time of Prime Minister Imran Khan’s departure from the PM Office, the reserves stood at $22 billion. However, total reserves with the State Bank of Pakistan (SBP) and banks, stand at $17bn.

Farrukh Habib, ex Minister of State for Information and Broadcasting and Central Secretary Information for Pakistan Tehreek -e- Insaaf shared an image by Startup Pakistan. He captioned it saying, “The first Prime Minister in the history of the country who left $22 billion in the national treasury. Excellent example of excellent performance.”

The tweet and post are wrong as per data available from the SBP the total liquid foreign reserves held by the country stood at $17,476.9 million as of April 1, 2022, the lowest level since June 2020.

Moreover, sometimes your friends give you money in order to make your wallet look thick and institutions feel more comfortable dealing with you because they think you have money. This money, however, is just for show and cannot be used. An example of this is amounts received from Saudi Arabia, UAE, and China.

During the week ended in April 1, 2022, SBP reserves decreased by $728 million to $11,319.2 million, largely due to debt repayment and government payment pertaining to settlement of an arbitration award related to a mining project. 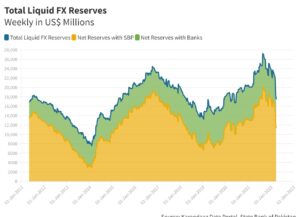 The total liquid FX reserves have declined $1.078 billion over last week which is equivalent to a 5.8% decline week on week. The import cover has declined from 1.82 months to 1.71 months based on average imports of the last 12 months. 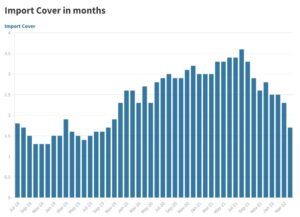 The $22bn figure being quoted on the internet is based on the month end level data released by the SBP for the month of February, the last available month for the data. However, the SBP also releases week-end levels of the reserves. The data is available for the week ended 4 March, 11 March, 18 March, 25 March, and 1 April, 2022.

Moreover, it is also important to note that not all that is in the reserves can be used by the government. For instance, out of the $17.477 bn reserves the country had on April 1, 2022; $6.157 are reserves with the bank, and the remaining are with the SBP.

The reserves include $1.4bn raised through Naya Pakistan Certificates, Treasury bills, and Pakistan Investment Bond Holdings. These are encumbered reserves. An encumbrance is a restriction placed on the use of funds. The concept is most commonly used in governmental accounting, where encumbrances are used to ensure that there will be sufficient cash available to pay for specific obligations such as loan interest or certificate face value upon redemption/ repatriation.

Why have the reserves suddenly taken a slump?

The decline is due to the repayments of external debt, primarily the repayment of a major syndicated loan facility from China.

However, as per a notification by the Finance Division, two facilities worth $4.3 billion matured in the month of March, of which SAFE deposits worth $2 billion have been rolled over. Moreover, the rollover of the syndicate facility of approximately $2.3 billion is being processed. The notification stated, “These facilities are being used for balance of payments and budgetary support.”

In totality, China has granted rollover of approximately $4.5 billion in loans to help Islamabad manage its external sector vulnerabilities.

What this means is that the $2.3 billion that has just left the reserves will be back shortly. It has approximately been two weeks since the announcement, however, the rollover has not happened yet. Beijing committed to the IMF in 2019 to rollover its debt until the Fund programme expires. While there has been no official comment on this, Beijing may have decided to deter the roll back contingent on IMF program resumption.

However, the reserves have been on a declining trend as of late. This is due to the ballooning current account deficit. 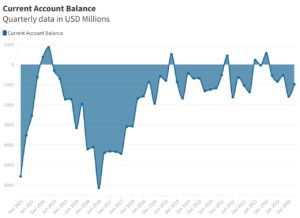 Does the absolute value of reserves matter?

(Author’s note: Feel free to skip this if you already know what import cover and reserves are.)

Economists suggest that it’s best to hold foreign exchange reserves in a currency that is not directly connected to the country’s own currency. Most of these reserves are held in the U.S. dollar since it is the most traded currency in the world.

A general measure to know whether the reserves are adequate enough or not, is to look at the import cover. Countries should hold reserves covering 100 percent of short-term debt or the equivalent of 3 months worth of imports.

Import cover is the number of months of imports that could be covered for by a country’s international reserves. Import cover is an important indicator of the stability of a currency.

Some crises result from withdrawal of foreign capital, while others involve the loss of export income, or capital flight by domestic residents. These risks should also be taken into account when ascertaining the level of reserves.

For countries where there are drains in the balance of payments because of terms of trade shocks, volatile aid, foreign direct investment and remittance inflows and outflows, the import cover remains a useful tool.

As per a study by the IMF, 3 months of imports remains broadly appropriate for countries with flexible exchange rates, given the estimated benefits provided by reserves in reducing both the probability and impact of shocks. The analysis also suggests that countries with good institutions and policies need lower levels of reserves