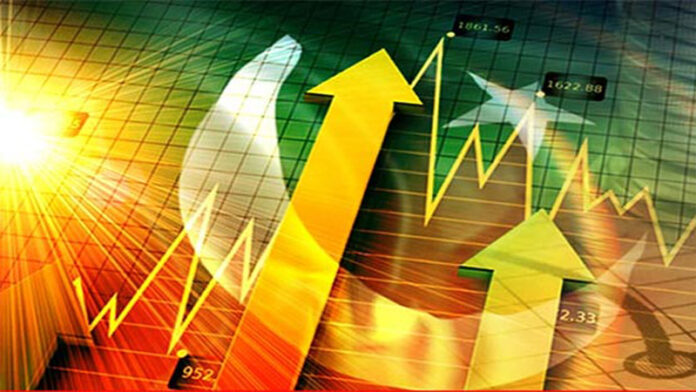 Pakistan has estimated the Gross Domestic Product (GDP) growth in the range of approximately 6 percent for the current fiscal year with the major contributions of industrial and services sectors.

The 105th meeting of the National Accounts Committee to review the final, revised and provisional estimates of GDP for the years 2019-20, 2020-21 and 2021-22 respectively was held on Wednesday under the chair of Secretary, MoPD&SI.

The provisional GDP growth rate for the year 2021-22 is estimated at 5.97% as broad-based growth was witnessed in all sectors of the economy.

The growth of agricultural, industrial and services sectors is 4.40%, 7.19% and 6.19% respectively. Similarly, the growth of important crops during this year is 7.24%.

The services sector shows a growth of 6.19%. The wholesale and Retail Trade industry grew by 10.04%. It is dependent on the output of agriculture, manufacturing and imports. The growth in trade value-added relating to agriculture, manufacturing and imports stands at 3.99%, 9.82% and 19.93% respectively. Transportation & Storage industry has increased by 5.42% due to an increase in gross value addition of railways (41.85%), air transport (26.56%), road transport (4.99%) and storage. Accommodation and food services activities have increased by 4.07%. Similarly, Information and communication increased by 11.9% due to improvements in telecommunication, computer programming, consultancy and related activities.

The finance and insurance industry shows an overall increase of 4.93% mainly due to an increase in deposits and loans. Real estate activities grew by 3.7% while public administration and social security (general government) activities posted negative growth of 1.23% due to high deflators. Education has witnessed a growth of 8.65% due to public sector expenditure. Human health and social work activities also increased by 2.25% due to general government expenditures. The provisional growth in other private services is 3.76%.

Earlier on Wednesday, it emerged that Chief Economist Planning commission Dr Ahmad Zubair resigned from the position owing to exerting pressure from the high ups of planning and finance ministries on GDP numbers.

Sources on the condition of anonymity said that the Minister for planning and the minister of State for finance Ayesha Ghous Pasha have asked the relevant people in the planning commission to sit with the principal economic advisor Finance ministry on growth numbers with contending that GDP growth would be around 4% in the current fiscal year.

When the official of the planning commission stated that they had made a presentation to the previous minister for planning that as per the statistics of production data of various sectors indicates that GDP growth would be around 5.5 to 6 percent upon this minister of state for finance said that there was a shortfall in the projected projection of wheat crop. The official replied that even with this shortfall of 0.1 million metric tons, the production of sugarcane, rice and cotton as well as tomatoes was considerably higher.

Officials further stated that it would not be possible to show less growth on the basis of data available to all the stakeholders therefore such an effort would affect the compromise of PBS data.

Later on, a letter issued by Ahmad Zubair stated that there is news trending on social and electronic media that I resigned from the position of Chief Economist, planning Commission on account of manipulation attempts concerning FY22 GDP growth estimates. I would like to state that PBS has the mandate to estimate National accounts and that the M/PD&SI has no role in matters related to estimating GDP growth.