Where are our cities? 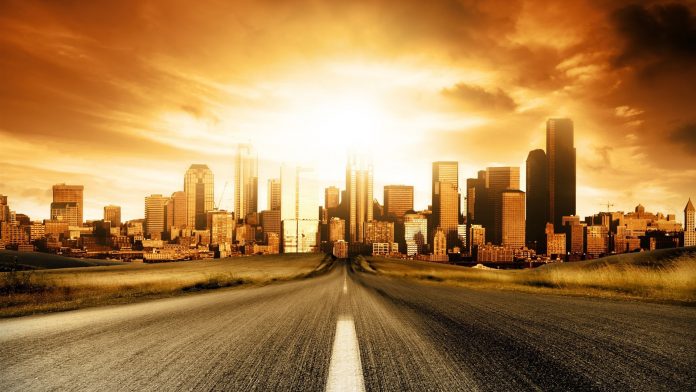 Why do Pakistani official circles still like to maintain Pakistan is a rural country? Every pronouncement of government, at the cabinet table and even in donor dialog, this myth is maintained – yet data shows otherwise.  Reza Ali, an indigenous urban researcher, has been studying this use for some time. For decades he has argued that censuses are underestimating the extent of urbanization. His most recent work using satellite imaging argues that about 70% of Pakistan is non-rural. He hesitated to say that 70% was urban because despite showing concentration of population several areas lacked city functionality. He found large areas where density was at levels that were by international definitions accepted as urban. Yet he hedged and called them ‘urbanizing’ because he found that despite density they really were satellites of some urban core. The new category of “urbanizing’ that Ali used is newly emerging suburbia. As we all know there is a push for housing colonies and strip urbanization along roads because of the repressed demand for housing in cities. And demand for housing and urban space is growing and leading to a rapid development of housing colonies spreading cities far and wide.

Moreover, Ali is right: the world has been confused about suburbia for a long time. Only recently has it started waking up to how suburbia is a netherworld between rural and city and perhaps neither. The negative consequences of suburban development are now being spelt out.

But Ali’s research does show that Pakistan is largely an urban country, and urbanizing at a rapid rate – although it is happening badly because of bureaucratic failure. But that is another story. Agriculture production as a share of GDP is about 21%. It is often stated that agricultural employment is 40%. Yet various surveys show that half or more could be non-farm employment.  If that is correct than agricultural production employs about 20% of the labor force. What is more important is that agriculture is a declining industry. Why does this pressure in official circles exist to keep Pakistan an agricultural country? USAID continues to characterize Pakistan as an agricultural country and the economic growth component of its aid is based mainly on agriculture. When I was in charge of the Planning Commission I told them many times that Pakistan was now largely urban and that we wanted an urban based growth policy. The Pakistan Framework of Economic Growth accepted by the NEC and Cabinet was an urban based growth strategy. The bureaucracy, EAD and USAID however remain rural focused. Perhaps John Perkins (Confessions of an Economic Hitman) is right) USAID does not want Pakistan to develop. Maybe USAID wants to keep us as a farming hinterland! We can’t even have a debate on this subject, despite Ali’s work which is now about 5 years old and still not recognized by donors.

DFID commissioned a study on urban areas by a young assistant professor at one of our prestigious universities which cited no work of Ali’s or of any other urban researcher. The researcher told me donors did not know any Pakistan work (such as at PIDE or Planning Commission) on urban areas and more importantly they did not even want to recognize such work. Yet DIFD published the report. Why then, should the young researcher know more than what the donor contracted? And so, it appears, we have the myth of rural Pakistan.

I remember at an ECC meeting one minister made this very eloquent speech to counter the pro-market, urban voices by saying in a nice modulated voice “Finance Minister, we can continue our conversation on markets and policy, but one issue is settled we are a rural country and the poor farmers deserve subsidy” Of course if we are a rural country, Agriculture incomes must not be taxed; subsidies must be given on inputs such as water, electricity and fertilizer; farm to market roads (mainly to havelis) of influential must be made; and upport prices can be kept well above the market. I was also surprised at the number of bureaucrats and politicians in meetings who professed to be farmers and speak on behalf of agriculture, of course to increase some form of subsidy to agriculture. Recall the government has on occasion given agricultural land as a gift to senior officials, judges, generals. These people and their children now in official positions maintain the myth of rural Pakistan. I asked some bureaucrats why so many of them are farmers. The answer was that having a DMG job is considerable advantage to farming. State resources can easily be used to help manage and even increase some productivity. Timely and abundant supplies of water, seed, fertilizers and electricity are available to those with political or bureaucratic muscle.So our policy continues to remain distorted because of the nexus of landlords and donors. Interestingly, local intellectuals like Ali – even when they do great work – remain invisible.

Nadeem Ul Haque
The writer is former deputy chairman of the Planning Commission. He can be reached at: Twitter @nadeemhaque; Email: [email protected] He blogs at: http://development20.blogspot.com/

“A lie can run round the world before the truth has got its boots on.”- Terry Pratchett  Organizations have to constantly deal with a myriad...
Read more
- Advertisement -