2nd international LPG conference to be held in March 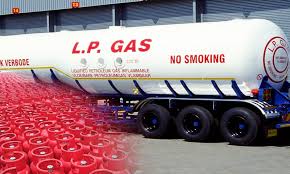 Liquefied Petroleum Gas Distributors Association of Pakistan (LPGDAP) will hold a second international conference in March for the promotion of the LPG sector.

“The conference to be held in Lahore will help in devising a roadmap to streamline the issues confronted by the LPG sector in consultation with all stakeholders,” LPGDAP Chairman Irfan Khokhar told APP on Friday.

He said a number of delegates from abroad and across the country including LPG importers, distributors, marketing companies, cylinder manufacturers and regulators, besides senior officials of the concerned departments would participate in the day-long moot.

Khokhar said the participants of conference would deliberate on a host of issues being faced by the LPG sector including the commodity’s import and production of sub-standard cylinders by illegal factories.

Answering a question, he said the association would support the government’s proposed LPG regulation policy if it would facilitate LPG import.

He said during the last 12 months, 1.2 million tonnes LPG was sold that generated Rs42 billions revenue, adding that the revenue would reach Rs 100 billion in this year.

Last year, he said, 532,000 tonnes LPG was imported and this year the association had a plan to import one million tonnes and stressed to formulate LPG import policy to meet growing energy needs.