Four new trade associations to be established in FPCCI 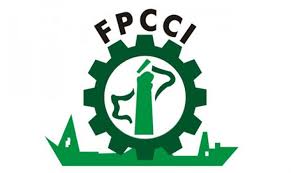 At least four new trade associations will be established to ensure enhanced representation of the business community of Faisalabad in Federation of Pakistan Chambers of Commerce and Industry (FPCCI).

He said this step was being taken to resolve sector specific problems of the business community at the local as well as national level.

He said that Faisalabad is the third largest city of Pakistan which is second in revenue generation after Karachi. It is also a hub of the textile sector but its issues were ignored by the concerned authorities only due to its paltry representation in the FPCCI, he added.

He said that organising the traders representing different trade sectors on modern scientific lines was a need of the time.

“In this connection, confectionary, old spare parts, electronics and home appliances associations will be established at the national level with minimum membership of 150 each,” he added.

“We want to ensure effective representation of Faisalabad in all forums so that problems of Faisalabad based traders could be resolved effectively,” he said.

He said that next meeting of the standing committee would be held within a couple of days to review its performance in addition to finalise future line of action.

The meeting also discussed the problems relating to the FDA and the PRA.