Flour, sugar and everything nice

From the humblest of beginnings back in 1950 to over 50 outlets nationwide, Rahat Bakers has truly come a long way. Now they have set their sights on Karachi as part of their ongoing product diversification and growth strategy. 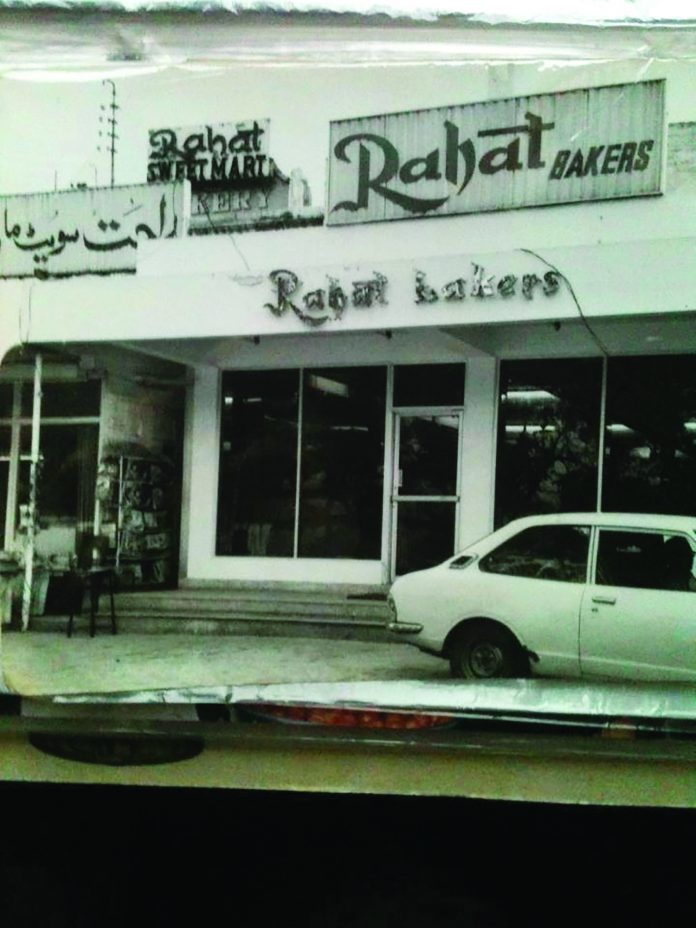 When it comes to choices in foods and confectionaries, it turns out Karachiites are in luck — courtesy of over 2 crore inhabitants that make it the country’s largest market for such businesses. With delights from dozens of home-grown and multinational brands already at its disposal, the city has recently welcomed another major player in the form of Rahat Bakers, the largest chain of bakeries based out of Lahore.

After conquering Punjab and KP, the 66-year-old bakery opened its master franchise in Karachi as part of a plan to expand its footprint in the southern part of the country. The port city finally made it to Rahat’s radar, but the brand’s journey to become a nationwide bakery chain is a story not know to everyone thus worth documenting.

It started in 1945 when two young brothers Rehmat Ullah Chaudhry and Ghulam Nabi Chaudhry left their home in Macori, India and came to Lahore to test their luck. For the next four years, the two worked with their uncle at a small bakery in Cantt Lahore and learnt confectionary skills – a skill that was going to become their identity in coming years. Their younger three brothers also joined them in 1947 and all five well-acquainted themselves with the bakery business.

Five years later in 1950 the brothers were able to save enough to buy 50 kg flour, 50 kg sugar and 50 kg of clarified butter; along with a brick oven and a bicycle to open their own bakery in Cantt on a place rented by their uncle. They named their venture as Rahat Bakers and at the end of the business on first day the brothers had earned a sum of Rs 6. They had also earned some recognition among the customers that were going to become loyal over the years as Rahat became the largest bakery chain of the country.

Today, with a network of more than 50 outlets, Rahat is the only nationwide bakery with its branches spread as far as Mardan. As many as 1400 employees are associated to the family business that once began as self employment and Rahat has now become the largest franchising network with more than 40 of its outlets working under various franchise owners.

While talking to Profit, Imran Idrees – one of the second generation owners of the bakery that also owns two departmental stores with the same brand name in Lahore – said, ‘’We are in expansion mode for last 20 years. The first branch outside Lahore was opened in 1996 in Rawalpindi and since then our network is increasing.’’

In continuation of the countrywide expansion trend that began around 46 years after the first outlet, the bakers have now stretched their network towards the South with the opening of Rahat’s first ever branch in Karachi. Currently functional in more than 20 cities of Punjab and Khyber Pakhtunkhwua, Rahat Bakers now aims to open five stores in the Southern zone of the metropolitan city by March 2017.

The first branch of Rahat Bakers, in Karachi, is however a master franchise – owned and operated by the company itself.

A Master franchise, as explained by Idrees, is the production outlet in every district – within approximately 5-10 km distance – which works as the factory for all the franchises in the district.

The master outlet model was adopted about two years back when long distance logistics and transport of raw materials for the wide network of outlets became a hassle for the management, Idrees said while explaining the business structure.

In order to further strengthen the market share in the highly competitive market, Rahat Bakers will soon open four more retail outlets within the whereabouts of District South Karachi to cover a customer base in DHA Clifton and Saddar area.

‘’We have many people in Defence and Clifton who visit Punjab regularly thus they are more familiar with our brand and mostly armed forces are in the area as well who are our loyal customers because of our presence in all cantonment areas,’’ Idrees confidently shared his strategy behind starting in the South District from where he received the highest franchisee requests of the bakery that requires Rs 30 million investment to set-up.

After this establishment, Rahat Bakers plans to extend its wings in East District and the construction for Malir Cantt master franchise has already started.

According to Idrees the backbone of this growth and customer loyalty is the production of fresh products with fresh ingredients. Till today, the basic raw material i.e. flour, sugar, butter and milk are supplied by the head office and that has helped the brand maintain its quality across the board.

Over the time, Rahat Bakers has also expanded its menu by offering various snack items on its shelves. According to the official website of the bakery, Rahat considers itself the pioneer in introducing bakery pizzas, croissants and cream puffs in the country which was once only accustomed to mithayi (a traditional sweet).

Though the baker’s forte is in confectionary items and according to Idrees their lemon tarts and chocolate brownies are favourites; with the passage of time Rahat has gained popularity for its pizza. So much so that the bakers have been giving tough competition to international pizza chain Pizza Hut in Islamabad and Rawalpindi where Rahat Bakers is spread across a  network of 11 and 9 outlets respectively. Not only that but the bakers were also able to make more sales than the international giant for four consecutive years from 2001-2005 onwards, say industry sources.

Rahat is a force to be reckoned within Karachi’s market as well. It is not only an emerging competition for the bakeries in the city but also for international pizza and donut houses that are market leaders in Karachi. For people who have eaten its pizza anywhere in the country, ‘’it’s the most generous pizza of Pakistan.’’

‘’So far Rahat’s Clifton outlet entertains around 110-115 customers a day but this is only until we do our massive campaigning and open other outlets in the city,’’ said Idrees who expects a greater footfall after establishment of multiple Rahat outlets in the economic hub of the country. This he thinks will help the brand develop and cater a large clientele in Karachi – the most populated city of Pakistan.

When asked about international expansion on the back of growth in the country, Idrees said, “There are 381 districts in Pakistan alone, we would like to open a store in each district first and then we can think about going abroad.”
The bakery’s doors opened in 1950 in Lahore that now hosts some 3,000 customers daily which is 10 percent of the 30,000 customers Rahat Bakery is serving throughout the country. The small bakery in St. John building that earned Rs 6 on its first day of business now generates over Rs 7 million in daily sales.