US envoy for enhanced trade ties with Pakistan 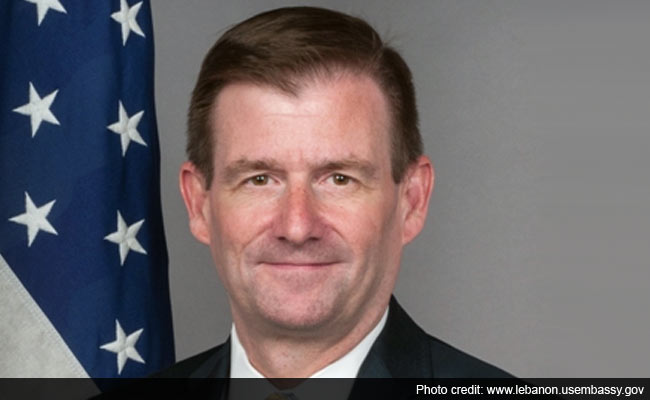 ISLAMABAD: American Ambassador to Pakistan David Hale Thursday said the US was determined to continue working with the Pakistani government and private sector to foster economic ties and increase bilateral trade.

According to a statement of the American embassy, Hale met with members of the Sialkot Chamber of Commerce and Industry’s (SCCI) Executive Board here to discuss a wide range of initiatives and potential avenues for deeper economic and trade cooperation.

Hale also spoke with the delegation about the different programmes and initiatives that America had undertaken to improve trade and investment ties. He lauded the SCCI’s innovative approaches in creating opportunities for the region’s businesses to grow. Sialkot’s achievements were impressive, innovative, and could serve as an example for other areas of Pakistan, he said.

America looked forward to working closely with Sialkot’s business community to develop models of economic success for replicating the same throughout Pakistan, he added.

The SCCI President Majid Raza Bhutta said, “The USA has always been the most important strategic partner of Pakistan and we believe that the relationship between the two countries would further strengthen in future, considering the determination of both countries to collaborate in the areas of trade development, education, women empowerment and intellectual property rights.”

The SCCI President Bhutta thanked the ambassador and his team for their hospitality and interest in cooperating with the Sialkot chamber on issues of mutual interest. Following the meeting with Ambassador Hale, the delegation, led by its president, held a detailed discussion with embassy officials from the economic, USAID, public affairs, and political sections to discuss potential areas for further collaboration.