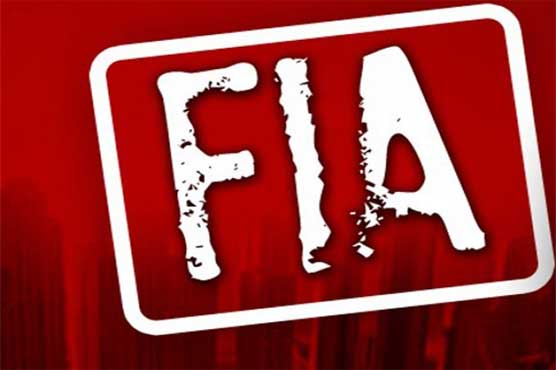 KARACHI: The Corporate Crime Circle (CCC) of Federal Investigation Agency has unearthed a fake broker’s (Wamiq Yousaf) fraud of Rs 51.365 million.Wamiq was using investors’ money under the name of Zafar Moti Security and M/s Adam Securities and using it for personal investments.

According to the FIR lodged by FIA, (copy available with Pakistan Today) Wamiq’s main office was located in the main building of Karachi Stock Exchange for last 20 years.The lodged FIR, included the names of Wamiq Yousaf, Danish and his accomplices including stock members namely Haji Majeed and his son Noman Adam and Zafar Moti and Haroon Askari, who provided him (Wamiq) support and shelter under the relevant laws. No arrest has been reported until now.

More than six complainants have so far disclosed that Wamiq had cheated them under the name of M/s Zafar Moti Capital Securities and M/s Adam Securities. SECP officials, however, had given a  green single to Wamiq saying that he was not their registered broker, the FIR further stated.

According to the FIR, he was sending depositors’ money to USA (Marry Land) in the account of his brother Adil Yousuf and sister Eshrat Yousaf in England through Hawalla and Hundi.

Major complainant of the FIR was Wali Ahad who initially made an investment of an amount of Rs 3.5 million and after he invested in shares of Engro Food and KAPCO, the said amount was raised to Rs 160 million.

Other complainants were Mrs Nighat Khawar of Rs 5 million, Syed Naushad Ahmed Rs 16.375 million, Imran Saleem Rs 4.190 million, Syed Danish Shah Rs 13.400 million and Mrs Shahnaz Ahmed Rs 8.9 million. The amounts of these investors were actually not invested in the share market (PSX), but Wamiq Yousaf cheated the clients using the name of the stock markets and sent this amount out of the country or invested it in his own property business in Pakistan, the FIR further stated. When contacted, the SECP officials did not comment on the issue nor did Managing Director Nadeem Naqvi take any action against this broker (Zafar Moti) and others.

He further said that the NAB and FIA could not arrest or raid any office of the brokerage house without the permission of SECP and PSX.

The analyst further claimed that several brokerage houses are involved in such malpractices and now all brokers have been alerted in the wake of tight scrutiny and monitoring.

On a reference filed by the SECP, the National Accountability Bureau (NAB) has arrested Hassan Waheed Khan, Director AWJ Securities Private Limited on Tuesday and raided the company office to seize all the relevant records. The SECP officials were accompanied by the NAB officials, the sources in SECP informed.

NAB Rawalpindi presented the arrested director of the said brokerage at NAB court on Wednesday and secured a 10-day physical remand for investigations.

The brokerage house is accused of defrauding public at large. On a reference from the Chairman SECP Zafar Hijazi, NAB has started extraordinary investigations over the default made by two brokerage houses, M.R. Securities (SMC-Private) Limited and AWJ Securities Limited.

Meanwhile, there is a report that PSX has suspended the trading license of MAM Securities and investigating its case.

The SECP Chairman, Zafar Hijazi, in a statement on Thursday said that strict action would be taken against brokerage houses found involved in malpractices and misuse of client assets. He also said that the SECP is actively coordinating with law enforcement agencies, including NAB to apprehend the culprits involved in misappropriation of investor assets in a timely and efficient manner.

The SECP noted with concern that some brokerage houses are engaged in the illegal activities of raising deposits from the public/investors against promise of fixed rate of return under the umbrella of stock market investments.

It was agreed that the said activities of brokers were illegal and tantamount to defrauding the public. It was also emphasised that the investors and the public should be cautious of these illegal activities and should not engage themselves or be a party to any such illegal investment activities.

Pakistan Today tried to contact Zafar Moti Securities on its landline numbers, but nobody responded.

Zafar Moti, the Chief Executive of Zafar Moti Capital Securities (Private) Limited, has over 20 years of capital market experience. Although Mr Moti acquired the membership of Karachi Stock Exchange (Guarantee) Limited (KSE) and the Lahore Stock Exchange (Guarantee) Limited (LSE) in 1989, he had already been actively engaged in the family stock brokerage business since 1981. His active involvement in capital market development is evident from his various appointments. He has held the office of Director-KSE for the years 1992, 1994, 2002 and 2009 and LSE for the year 1993.Mr Moti has also been the director of Central Depository Cell (CDC) during 1993 and the Chairman of New Products Committee at KSE in 1995.

At present, Zafar Moti is holding the Chairmanship of Demutualization Committee and membership of Taxation Committee of KSE. In addition, he has also been nominated to represent KSE on the Board of Central Depository Company of Pakistan.