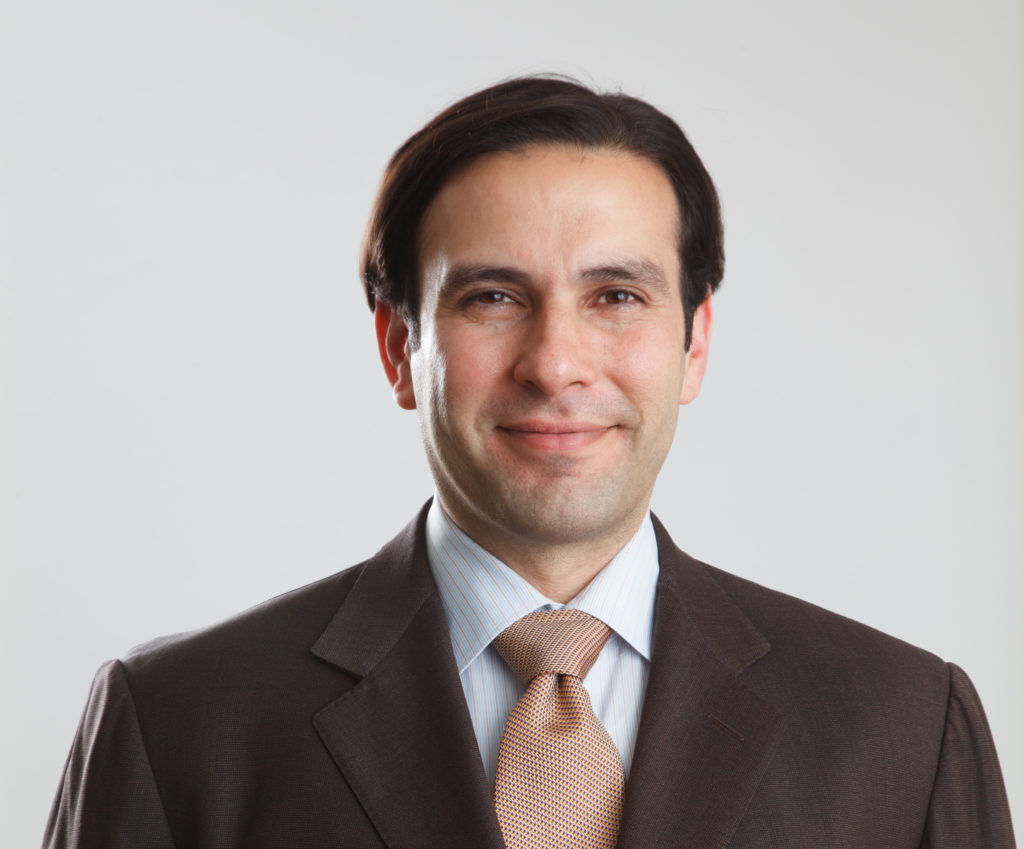 The first thing you notice when you walk into Zia Chishti’s office in Washington DC is that you can see the White House from his window. And the first thought that occurs to you is: “what a strange choice of location for the headquarters of a call-center company.” And if you mention that to Mr Chishti, he will want to correct you: TRG Pakistan is not a call-center company.

As he likes to explain it, TRG is a venture capital company focused on making acquisitions and investments in the business process outsourcing and related industries. “Our job is to be good stewards of capital, not managers of companies.”

That may be just as well, because if TRG is a company, it is one that is very difficult to make sense of unless you know the life of the people who founded it. The company is headquartered in Washington DC, is publicly listed in Pakistan, has subsidiaries that are publicly listed in London, and has the highest proportion of its employees based in the Philippines. How does any of that make sense? Well, you have to know Zia Chisti’s life story. And perhaps the most important detail to start with about Zia Chishti’s life is that he was not born Zia Chishti.

Born in 1971 in the US state of Maine to an American father and a Pakistani mother, his name at birth was Wilson Lear. When his father died in 1974, Chishti’s mother moved back to Pakistan and changed his name so that he would not stand out in Lahori society. Chishti’s father had been an American convert to Islam and was intimately familiar enough with Pakistan to request burial near a Sufi saint’s shrine in Faisalabad, but Saadia Chishti, who has a PhD in education from Cornell University, still wanted to make sure that her son would not be seen as “foreign” in Lahore.

But despite the name change, the American side of Zia never really went away. It helped that he went to Lahore American School, and then went off to college to Columbia University in New York. And it probably helped that his life in America really was the American dream. There are probably few people who have had as charmed a run of their 20s as Zia Chishti.

After graduating from Columbia, Chishti was able to land a job as an investment banker at Morgan Stanley, one of the most prestigious names on Wall Street, working in both New York and London before leaving to attend Stanford Business School. At Stanford, he got the idea to fix what was probably the only thing wrong with his appearance: his teeth. He came up with the idea of using transparent aligners instead of braces to help straighten his teeth, and in doing so, inventing a way for others to straighten theirs.

Since Chishti was at Stanford from 1995 to 1997, the heyday of the first Silicon Valley bubble, getting funding for an orthodontic technology for an inventor who was not an orthodontist was a realistic possibility. And Chishti landed what is arguably the biggest venture capital investing name of them all: Kleiner Perkins Caufield & Byers. If you have not heard of them, you may have heard of some of their other investments: Amazon, Electronic Arts, and Google.

The new company, called Align Technology, was able to raise over $140 million in venture capital in its first three years in existence, giving it the kind of war chest it needed to begin aggressively developing and marketing its product in the US market. And its aggressive growth strategy got noticed: the company was the subject of a feature story on the front page of The New York Times in August 2000.

By January 2001, Align Technology was successful enough to be listed on the NASDAQ at a valuation just north of $1 billion. At 29, Chishti had a net worth of $23 million. People magazine noticed the handsome young entrepreneur and listed him as one of “America’s Top 50 Bachelors” in July 2001, in a year when the list included actors Ben Affleck, Matt Damon, Benicio Del Toro, and Josh Hartnett.

Of course, nobody’s luck can run forever, and Chishti also faced his share of difficulties. A dispute with his investors led to Chishti’s ouster from Align Technology in 2003. When asked by Profit to comment on the causes of the dispute, Chishti declined to comment.

Media accounts from the time suggest that at least part of the disagreement may have been over corporate strategy, specifically the aggressive direct consumer advertising campaign designed to make US consumers aware of the technology and seek it out, rather than simply focusing on having dentists and orthodontists recommend it to their patients, which was the more common method of marketing dental and orthodontic products at the time. Under Chishti, Align Technology had been spending the equivalent of 100% of its revenues in marketing. After his ouster, his successor cut the marketing budget by two-thirds.

In previous media interviews, Chishti has indicated that some of the disagreement arose after 9/11, when American investors began questioning his decision to have much of Align Technology’s support function offices located in Pakistan. After his ouster from Align, it was those back offices, specifically the call centers, that became the foundation of TRG.

Perhaps it was because he had gotten used to being the CEO of a publicly listed company, or perhaps because he thought it was a good place to raise capital, Chishti listed TRG almost immediately on the then-Karachi Stock Exchange (renamed Pakistan Stock Exchange in 2016) in July 2003.

Yet even while he began to build out the company in Pakistan, Chishti never quite fully moved back to the country, retaining a headquarters for the company in the US. And it seems he took some time to get over losing control of the $1-billion, NASDAQ-listed company he founded in business school. In 2005, for instance, he created a rival company called OrthoClear, and engaged in a year-long legal battle with Align Technology that culminated in $20 million settlement paid to OrthoClear by Align. After that settlement, it appears that Chishti returned to having his focus on TRG.

His cofounders have similar educational pedigree and appear to share his desire to be Pakistani entrepreneurs running a global business out of the United States, but retaining strong ties to Pakistan. Hasnain Aslam, the chief investment officer, is an Aitchisonian who went to Harvard University for his undergraduate degree and worked as an investment banker at JPMorgan before joining Align Technology and then leaving with Chishti to join TRG. Mohammad Khaishgi is a Rhodes Scholar who finished a politics, philosophy, and economics degree at Oxford University before going on to do his MBA at Harvard Business School.

Incidentally, Khaishgi, or more specifically his wife, is the reason the company is headquartered in Washington DC. After she completed an MBA from Harvard in 2003, Mrs Khaishgi had several job offers, but liked the one based in Washington DC the best. “So Khaishgi said to the two of us, both of whom were bachelors at the time: would you guys mind if we headquarter the company in DC? And we said yes, not really thinking much of it at the time, but maybe we should have thought more about it,” said Chishti.

TRG Pakistan has evolved from being the only operating company that formed the entirety of TRG’s operations to becoming the global holding company for all of TRG’s investments. It does so largely through a 57% stake in TRG International, a British Virgin Islands-incorporated holding company that in turn owns stakes in most of TRG’s subsidiaries.

The ownership structure of TRG is highly complex and consists of several layers of holding companies. TRG Pakistan is the overall holding company, but it does not own the entirety of TRG International, which in turn does not necessarily own the entirety of the shares in its portfolio companies. At each stage, there are minority investors who own significant stakes, which makes it difficult to track exactly how much the overall portfolio is worth, and how much of it is owned by the shareholders of the publicly listed company on the Pakistan Stock Exchange.

Chishti understands the confusion, and so he offered a simpler way of thinking about the company. “The total value of our portfolio companies is more than $1 billion,” he said. “Of that amount, just over 49% is owned by the shareholders of TRG Pakistan.”

But both in person as well as in the company’s written communications with the media, Chishti likes talking about Afiniti, a company that develops artificial intelligence software that is designed to help companies improve the efficiency of their business processes, specifically their call center operations. TRG’s investment in Afiniti started in 2005 as a seed investment into a company that was developing a solution that TRG felt its portfolio companies would be able to use. Over time, it morphed into a business in its own right.

And it is not hard to see why Afiniti gets the bulk of the attention: it is a rapidly growing business in an area of technology that can truly be described as cutting edge. Afiniti only registered Rs1,860 million in revenue in fiscal 2016, but that represents an 80% increase over the past year. Chishti says Afiniti is close to being cash flow positive and will likely hit that target by the end of the current financial year in June, approximately six months behind schedule.

“Back when Afiniti started in 2005, we were the lone wolf in the big data space,” said Chisti. “People thought what we were trying to do was crazy.”

The company now counts amongst its clients T-Mobile USA, the third largest mobile phone company in the United States, as well as UnitedHealthCare, the largest insurance company in the US. Its technology is promising enough for McKinsey & Company, the prestigious global strategy consulting firm, to make Afiniti one of its only two direct equity investments.

It is the rumours for the initial public offering of Afiniti that have caused by 123% over the past twelve months, closing at Rs 58.07 per share on Thursday. TRG Pakistan’s shareholders now include several brokerage firms in the country, including Jahangir Siddiqui & Company.

Chishti declined to comment directly on whether those rumours were true, but he did confirm that TRG is in the process of seeking to sell its stakes in all of its portfolio companies so that it can convert its initial investors’ holdings to cash to return to them. Some of TRG International’s other investors include venture capital funds, such as Pinebridge, a London-based company that was founded by former AIG investment professionals.

He anticipates that the process will take up to two years, and may include some combination of public listings for its portfolio companies and sales to strategic investors.

Should TRG be able to sell its portfolio companies for the amount it says they are currently worth, that would imply that the value of TRG Pakistan should be somewhere around Rs95 per share, or approximately a 63% premium from Thursday’s closing price.

As for Chishti, once he is done supervising the sale of the portfolio, he plans to retire from his entrepreneurial life and return to Pakistan to focus on philanthropic activities. This asset sale, in short, is the swan song of his entrepreneurial career.

Zia Chishti out as TRG Pakistan elects new board