80 million tonnes of LNG supplies are shipped in tankers, mainly to Japan, South Korea and India, as well as to several European countries by Qatar 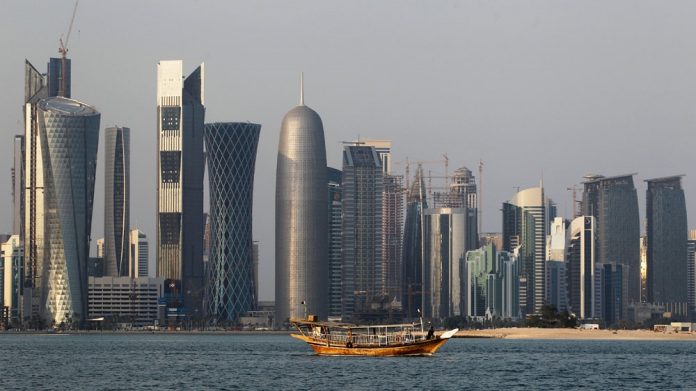 With rising US shale oil output driving a global supply glut, the decision by Saudi Arabia and its allies earlier this month to sever diplomatic ties with Qatar provided only a fleeting boost to prices.

“Given the severe supply glut in the oil markets globally, it is quite unlikely that the Gulf spat would lead to a spike in oil prices in the short or medium term,” M.R. Raghu, executive vice president of Kuwait Financial Center (Markaz) said.

Qatar said on Monday that it would comply with an agreement by the OPEC oil cartel and other producers to extend production cuts for nine months until the end of March to rebalance the market.

While its daily oil output of around 600,000 barrels represents less than one percent of world crude production, Qatar is a major player in liquefied natural gas (LNG).

The tiny emirate is the world’s leading LNG exporter, accounting for a third of international supplies, mainly to Asia and Europe.

Advisory firm Oxford Economics said Qatar’s exports of oil and gas are unlikely to be significantly affected, with its main sea routes — including through Omani and Iranian waters — still accessible.

“It may have a small indirect impact in the case of continued tension. Insurance rates will start increasing rapidly and those rates would have to be paid by Qatar,” Seznec mentioned.

Most of Qatar’s almost 80 million tonnes of LNG supplies are shipped in tankers, mainly to Japan, South Korea and India, as well as to several European countries.

One-third of Britain’s gas imports, for example, come from Qatar. Other European customers include Spain and Poland.

The air, sea and land restrictions imposed by Saudi Arabia, the United Arab Emirates, Bahrain and Egypt have not so far affected maritime routes for Qatari LNG vessels which can pass through the Strait of Hormuz.

Any disruption to Qatar’s LNG exports could anger the European Union.

“If Qatar gas finds it increasingly difficult to reach world markets, especially Europe, then the European Union may feel threatened by the prospect of having to depend on more Russian gas imports, a decision that is highly fraught politically in many EU capitals,” Kuwait Financial Center said in a report Monday.

Qatar also pumps more than two billion cubic feet of gas daily through a pipeline to the UAE mainly for power generation. A small part of the pipeline exports goes to Oman.

So any disruption to Qatar’s gas supplies would be painful for several countries.

And a serious escalation of Gulf tensions or a military confrontation — while seen as highly unlikely — could cause energy prices to soar.

“If the conflict develops into a military confrontation … I would expect a very large spike in prices to around $150 a barrel of oil,” from below USD 50 per barrel now, Seznec said.

This would be accompanied by a major leap in insurance premiums.

For oil prices to triple as predicted by Seznec, the conflict must disrupt oil and gas supply lines from most of the Gulf nations, including Saudi Arabia, the world’s largest crude exporter.

Income from energy exports makes up over 80 per cent of public revenues for the six members.

Raghu said an escalation of the crisis could mean “sea routes getting blocked and cost of transshipment of global gas rising.”

Major importers of Qatari LNG like Japan, South Korea and India may face shortages of supplies leading to a scramble for alternative suppliers in the long term, he said.

You would think that the announcement from any government anywhere in the world that they were installing 10,000 MW of solar energy and entering...
Read more
- Advertisement -