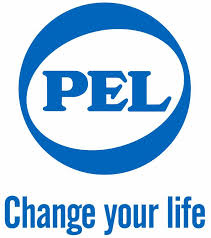 Karachi: In a notification sent to the bourse on Thursday, Pak-Elektron Limited (PEL) one of the country’s biggest electronic appliance manufacturer announced its earnings for the quarter ended April-June 2017.

According to a Topline Security analysis, Pak-Electron recorded a healthy performance in the first half of the year (Jan-June) of 2017, as its earnings registered an increase of 21pc Year on Year (YoY) which was propelled by a rise of 29pc in gross sales.

Net revenue was said to have grown a meagre 2pc and gross revenues went up by 14pc in April-June quarter as compared to SPLY. Topline Security report also said that that the decline was largely due to discounts offered on appliances, majorly on refrigerators which impacted its margins.

Its earnings per share came down to Rs3.24 in comparison to Rs3.46 in SPLY.

Pak-Electron announced an interim cash dividend of Rs1.50 per share for April-June 2017 quarter. Its shares on Thursday were down 3.91pc from its closing price on Tuesday, ending up on Rs94.59.