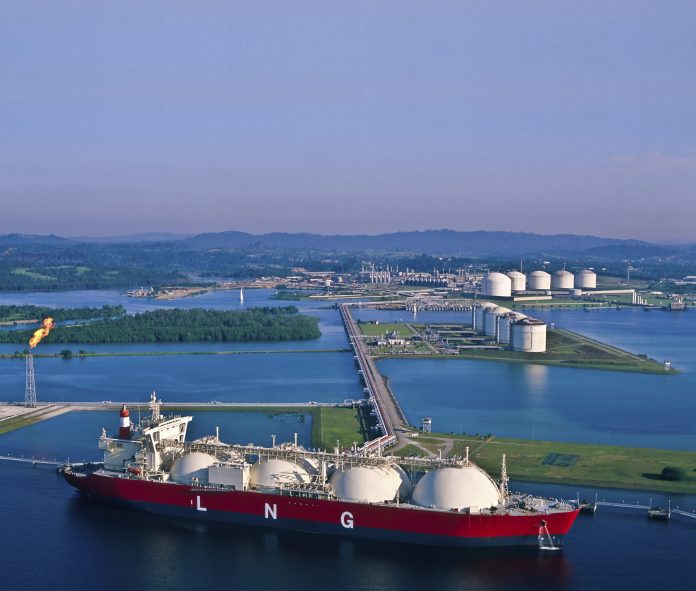 The terminal at Port Qasim in Karachi will include a floating storage regasification unit (FSRU), where LNG will be converted back into gas for feeding into Pakistan´s pipeline grid, the Swiss-based company said in a statement.

Trafigura, one of the biggest independent traders of LNG, has already taken a minority stake in a separate Pakistani import project. On Monday, it was also shortlisted by Bangladesh, a major new growth market for the fuel, to set up a terminal there in 2018.

“We plan to develop a second LNG import terminal project in Pakistan, also at Port Qasim, with a jetty, berth and a second FSRU,” Trafigura said, without giving any date for when it would come into operation or any cost of the project.

Floating terminals are faster and less costly to set up than traditional land-based units and offer commodity traders a route into new markets, helping to absorb a growing LNG surplus on international markets.

Nowhere is competition for market share among traders more intense than in Pakistan and Bangladesh. These countries have huge needs for gas but until now they have been largely unmet, hindering economic growth.

Rival Gunvor has already sealed two five-year deals to supply Pakistan with a total of 120 cargoes. It too is moving into infrastructure. In a private deal, Gunvor joined a consortium, comprising Fatima Fertiliser , Royal Dutch Shell and Engro, which is behind Pakistan’s third LNG terminal.

This will be ready next year, Pakistan-based industry sources said. Gunvor declined to comment on specific deals. Alongside Trafigura, Gunvor was also selected by Bangladesh to provide a floating terminal in 2018 which it has already lined up from Belgium shipping company Exmar.

Trafigura said its original share in a terminal project in Pakistan will use the BW Integrity FSRU unit. Pakistan-based industry sources said this project, called Pakistan GasPort – also in Port Qasim, is due to start six months behind schedule in November due to difficulties laying a pipeline from the terminal to the country´s grid.

In February, Trafigura outlined plans to reopen a defunct LNG import terminal on Teesside in northeast England in 2018. The trading company also renewed its lease of LNG storage capacity at India´s Kochi terminal earlier this year, industry sources have said.

Having infrastructure around which to trade provides valuable flexibility to trading companies which, unlike the oil majors, are typically constrained by a lack of storage, production and shipping capacity.

It also gives clients certainty that a trader can meet its obligations by drawing on LNG held in storage or by having a ready outlet for supply. “You have many more options for finding a profitable outlet for a cargo,” Otto Waterlander, senior oil and gas partner at McKinsey & Company said.

“The larger the portfolio the lower the risk of something going wrong and the lower the speculative element to the trade,” he added, referring to LNG traders´ interest in infrastructure.