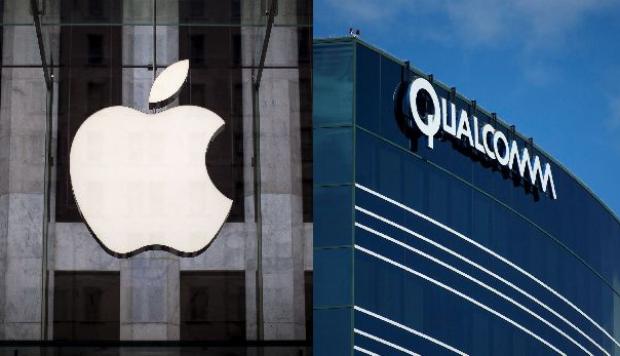 Beijing: Apple has rejected Qualcomm’s attempt to ban iPhone in china as a “meritless” legal move, the latest salvo in a bitter patent battle between the two United States (US) tech giants.

Bloomberg News reported on Saturday that Qualcomm had filed a lawsuit in Beijing seeking a ban on the assembly and sale of iPhones in China, a vital Apple manufacturing base and sales market.

The two Californian companies are fighting over Apple’s claims that Qualcomm is abusing its market power over certain mobile chipsets in order to demand unfair royalties.

Apple filed a US lawsuit to that effect in January and has joined efforts in other countries where Qualcomm faces probes from antitrust authorities.

Qualcomm has countersued Apple for the royalties.

In response to Qualcomm’s Beijing suit, Apple said in a statement: “This claim is meritless and, like their other courtroom manoeuvres, we believe this latest legal effort will fail.”

AFP was not immediately able to obtain a copy of Qualcomm’s complaint.

Bloomberg reported it was filed on September 29 in an intellectual-property court, and said the suit was confirmed by a Qualcomm spokeswoman.

It remains unclear how much chance Qualcomm’s case has in China, where huge numbers of workers are employed in the manufacturing of iPhones.

“In our many years of ongoing negotiations with Qualcomm, these patents have never been discussed and in fact were only granted in the last few months,” Apple’s statement said.