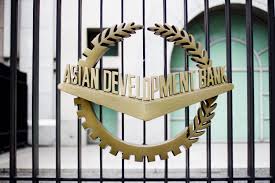 –Independence, governance and empowerment of PSEs still a distant dream

ISLAMABAD: Excluding the formulation of corporate governance rules, the government has failed to reform public sector enterprises (PSEs) during the past three years despite obtaining at least $ 600 million loans from Asian Development Bank (ADB) for the same purpose.

A through analyses of the much-hyped programme initiated in 2014 shows that government has backtracked or shown reluctance in empowering the PSEs in financial and administrative affairs, keeping its maximum interference in affairs of these organisations.

“The Corporate Governance Rule-2013 (amended in 2017) by Securities and Exchange Commission of Pakistan (SECP) was good to bring reforms in the PSEs but a major portion of the rules remain unimplemented so far. Though, as per the new rules, people from the private sector have also been included as member/directors of the Board but they have not been given due powers by the government making the entire exercise futile. Now private members have started leaving the office as they have not been given the due financial and administrative powers,” said reliable sources adding that adaptation and implementation of the Corporate Rule are still a distant dream.

“Heads of PSEs are still being appointed by ministries concerned directly without the consent of directors on the Board. Many of federal secretaries are supervising dozen of public sector enterprises. What is the rationale behind running affairs of State Life Insurance Corporation of Pakistan, National Insurance Company Limited, Pakistan Reinsurance Company Limited, Pakistan Tobacco Board, Intellectual Property Organisation of Pakistan etc under commerce secretary?” the analysts said. Other ministries are also running various attached SMEs.

According to sources, concerned ministries are the appointing authorities for appointing the board, but they are not following fit and proper criteria notified by the corporate governance rule 2013. Some ministries are not appointing independent directors, and in fact, some PSEs have sitting MPAs/MNAs on the board, in clear contradiction of the law. The boards of such enterprises, which employ more than 400,000 people, are not empowered because they have not been given the power to appoint the CEO, the company secretary, the CFO, and internal auditor.

Apart from an apparent deliberate negligence on the part of the government, as per SECP’s published list of those PSEs which failed to file Statement of Compliance (SoC) with the corporate rule for years, 55 PSEs were non-filing. Some of the big and important PSEs that have not filed their SoC include the likes of National ICT R&D Fund, LESCO, Nandipur Thermal Power Generation Co, NTDC, Pakistan Steel Mills, and Utility Stores Corporation.

The dismal state of PSM and PIA show how the reform agenda of this government has failed so far.

It is mention worthy here that in 2014, the government took assistance from the ADB for PSE reforms under the project titled “Pakistan: Public Sector Enterprise Reforms Project”. This project loan was approved by the ADB in December 2014. Accordingly, a policy-based loan was processed with two subprograms of $ 300 million each. The loan covers only federal government PSEs. The first subprogram was approved in June 2016 and the second subprogram was approved on June 22, 2017.

The corporate governance rules 2013 were supposed to be the first step on the long and winding road towards PSE reforms. Yet more than three years later, these first steps are still not steady.

The ADB’s funded reform program was aimed at improving the performance of the PSEs by improving corporate governance and accountability, identifying and reducing financial burdens arising from direct budgetary transfers to PSEs.