Careem plots move into delivery sector, will this strategy crystallize?

Careem is enabling the ability to offer customers/shoppers, the “ease of convenience” to order anything they want by its acquisition of Delivery ChaCha. Unlike Uber, which has had first-mover advantage like its initiatives UberRush and UberEATS in several countries, it hasn’t shown the same intent here in Pakistan which is surprising at least for now 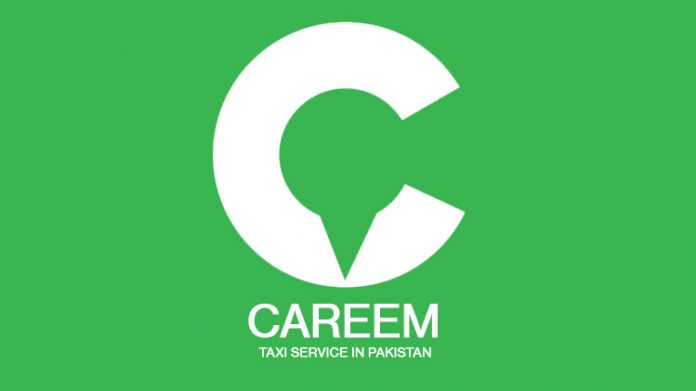 Pakistan’s technology sector remains nascent, but dynamics of the industry will follow global patterns and see replication at a scale which could be unprecedented considering the economy’s untapped potential.

Careem Pakistan’s acquisition of Delivery ChaCha could be a game-changer for a tech industry still in its infancy and such tie-ups only add to fueling the industry towards innovation and growth.

Platform-based services like Careem/Uber have an edge over their traditional peers of not requiring owning assets and making huge capital investments to expand the reach of their operations. The barriers to entry are minimized and permits accelerated diversification of service offerings available at their disposal.

Not only are such companies disrupting traditional businesses but also eating into their market share since cloud, social and mobile services provide them with a global infrastructure to propagate their services anywhere at any time they want.

What Careem intends to achieve is to enter a lucrative delivery service sector by using its captains as a medium of delivery for products to be delivered instantly and offer an alternative to traditional logistics providers who could see their business share eroded because of this venture.

Careem is enabling the ability to offer customers/shoppers, the “ease of convenience” to order anything they want by its acquisition of Delivery ChaCha. Unlike Uber, which has had a first-mover advantage like its initiatives UberRush and UberEATS in several countries, it hasn’t shown the same intent here in Pakistan which is surprising at least for now.

Opposed to this, Careem is keen to innovate and like Uber had a first-mover advantage by launching its ride-hailing services five months before its competitor in Pakistan.

And that has driven Careem to diversify its operations and possesses the risk appetite to drive itself into unchartered territories, but sees the lucrative and nascent Pakistani market as a potential game-changer to disrupt competition and grab the market-share at the very earliest.

Of course, comparing Pakistan to global markets would be surprising, but the untapped potential, growing and expanding the user base of mobile internet services alongside a young millennial population is too big an opportunity to miss and not be grabbed.

Online orders in Pakistan are stuck using cash on delivery mode due to lack of availability of alternative and secure platforms, as people don’t trust paying online via credit cards or simply lack the knowledge and awareness.

Armed with Delivery ChaCha, Careem intends to deliver a knock-out punch to competitors and traditional logistics providers by giving its customers option to enlist services of its captain to pick up one or several items from one location specified by them and then getting them delivered at a place of your own choosing.

Such a delivery service could be utilized to shop for groceries, getting your clothes laundered to sending gifts to your loved ones when a person doesn’t have time at their disposal etc. And by tracking the rider in real-time via the Careem app, you can ensure a peace of mind that the item gets delivered to your home or its intended recipient. And availing such a service at a tap of a button when required can be a life-saver for customers, at an affordable rate is a boon since you can get items ordered and delivered to XYZ location instantly.

Not to forget, TCS the local logistics giant offers its “Hazir” service for customers to get items they want to be sent picked up from their homes and shipped for which they charge a small fee, but this behemoth in the offing from Careem is potentially disruptive.

Also, in a recent survey, Euromonitor had proclaimed Pakistan as the fastest growing retail market globally, with the market expected to grow by 8.2 percent annually from 2016-21. Disposable income in Pakistan has more than doubled since 2010 and the size of the middle class is set to cross that of the UK and Italy in the aforementioned period.

This growth has been attributed to a young population primarily wielded by the influence of millennials and rising incomes which has turned the country into the world’s fastest-growing retail market.

This offers a preview to the immense leverage available to grow for platform-based services like Careem and what lies ahead for the economy on a whole. But such opportunities do not come without hiccups, as service providers like Careem or Uber create disruption, the regulatory and policing threats loom large as the authorities may find themselves in a compromised position of being forced to intervene and address such a huge advantage available to such companies.

Competitors would decry that the system is rigged hugely in favour of such platform-service providers and would virtually annihilate them if they aren’t properly regulated and brought under the tax gambit.

This is already prevalent in the US, where hotels have vociferously protested about platforms like Airbnb offering accommodation to tourists without much regulatory oversight and allow virtually any home-owner to enlist their homes for rental purposes.

Such services also risk running afoul of their mortgage agreements with their banks and a parallel comparison to it is Pakistan, where earlier this year the provincial governments decided to rein in Uber/Careem and threatened to ban them for operating private cars without registering with relevant regulatory bodies.

Government back then said that failure of Uber and Careem to obtain required fitness certificates and route permits for their fleets had resulted in astronomical losses to it. The issue was then amicably resolved, but in September Islamabad High Court had admitted a taxi driver petition against Uber/Careem for violation of public transportation laws.

The petitioner argued in his plea that Uber and Careem by abusing transport laws had led to the creation of a non-level playing field in the taxi business. These problems are a global phenomenon being faced by platform-based services, but from them stem out solutions and opportunities to resolve this issue.

Regulatory challenges and hurdles remain a reality, which needs solving and formulating policies in this regard, should be the government’s prerogative. Lessons should be learnt from disputes which have arisen globally in lieu of such platform-based services and shouldn’t be mirrored here in Pakistan.

Not only will this harm the growth of the local technology sector in Pakistan, but discourage investors from venturing into the country when it is a hotbed of opportunities.

Such platform-based services not only brought convenience into people’s lives but also provided them with alternatives to choose from. Not only they offer quality services at an affordable price and their instant availability has become a blessing for the population.

The benefits of the sharing economy not only have been passed onto the population but provided employment to many people, who struggled to earn their livelihoods. It has opened opportunities for university-based students to enrol in platform-based services like Careem/Uber and work on a part-time basis to meet their expenditures and in some cases, pay their fees as well.

Pakistan’s market in technological terms is still in a cocoon; a nest of opportunities that possesses a vast potential for expansion, but requires time to get ripened and taken full advantage off. Careem’s foray into the delivery sector is one of several upcoming examples that will transform the destiny of the country’s technology sector.

“A lie can run round the world before the truth has got its boots on.”- Terry Pratchett  Organizations have to constantly deal with a myriad...
Read more
- Advertisement -