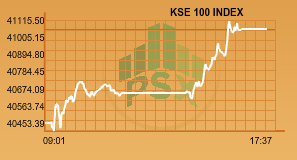 LAHORE: The Pakistan Stock Exchange (PSX) opened the session with a positive outlook as investors found this to be an opportunity to buy big stocks and small prices. The indices traded higher but volumes remained thin.

The week which saw the conclusion of the earnings season saw indices drop and lift up again to end at the same level where it initiated trading this week. Foreign investors were net sellers for the first four days as the political noise continued to create turbulence. Majority scripts posted a fresh 52-week low opening a door of opportunity for value hunters.

Azgard Nine Limited (ANL +3.10 per cent) posted a contraction of 3 per cent in sales for the year 2017 but managed to reduce losses and record a loss per share of Rs 0.29 against Rs 1.79 of last year.

Pakistan’s domestic urea sales for the month of October 2017 are expected to reach around 375k tons, up by 4 per cent YoY/ 110 per cent MoM, market analysts speculate, due to the onset of Rabi season demand.

SEARL announced consolidated earnings of Rs5.2 (diluted Rs4.3) up 4 per cent YoY in 1QFY18, better than estimates owing to higher than estimated sales, up 18 per cent YoY. It is expected that the company keep this sales trend throughout the year with new products in the pipeline and hence warrant an upward revision in earnings.

Overall the outgoing week managed to restore loses. Oil sector was the major driver whereas Cement sector lagged behind.