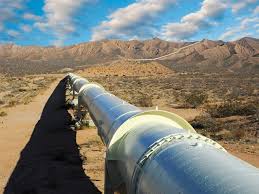 ISLAMABAD: Pakistani and Russian experts are in the process of holding negotiations on Build-Operate-Own-Transfer (BOOT) agreement to lay a 1,100-kilometre gas pipeline from Karachi to Lahore, for which the two countries had signed an intergovernmental accord two years back.

The project, costing around US $2 billion, is facing delay due to some international sanctions on Russian company RT-Global Resources. “The actual construction on the pipeline will start after the finalisation of the contractual arrangement,” official sources in the Petroleum and Natural Resources Division told APP.

“Currently, the parties are negotiating the BOOT agreement. Pakistan has already communicated that any structure/arrangement needs to be sanctions-free,” they added.

Answering a question, they also informed that the matter of US sanctions on the company was discussed with the Russian authorities, while the proposed solution by the Russian side was under evaluation by the Ministries of Energy and Law.

The sources said that the agreement was signed on a government-to-government level and not with any individual, adding that if any Russian company had been blacklisted under any international sanction, Pakistan had nothing to do with it as Russia can assign the task to someone else.

Under the project, around12.4bcm (billion cubic meters) of gas would be transported per annum through a 42-inch diameter pipeline, they said and described the pipeline of great significance for Pakistan to supply Liquefied Natural Gas (LNG) to consumers in an efficient way.