Pak, Thailand FTA to be signed by January 15 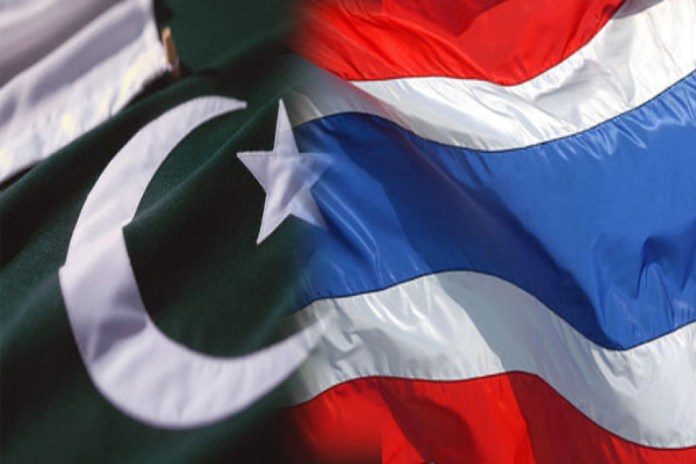 ISLAMABAD: A Free Trade Agreement (FTA) between Pakistan and Thailand will be signed on January 15 next year aiming at enhancing the bilateral trade between the two countries.

The 9th round on FTA negotiation will start between Pakistan and Thailand by November 15, in which both sides would be presenting the complete offer list of Free Trade Agreement (FTA), for reaching the final agreement, a top official of Ministry of Commerce told APP.

Profit reported earlier that an FTA was in the talks and would be finalised by mid-January.

Both sides had exchanged the final offer lists of items for free trade, including automobile and textile sectors in order to remove the reservations of both sectors, Pakistan wants concession on 100 products on textiles, agro-products, plastic and pharmaceuticals as same Thailand granted to other FTA partners in these products, he said.

The official said that during the 9th round, talks would be held on the text of the agreement, tariff reduction modalities, complete request lists from both side and offer lists.

He said that Pakistan had relative advantages over Thailand in some 684 commodities including cotton yarn and woven textiles, readymade garments, leather products, surgical instruments and sports goods.

While talking on the second phase of Pak-China FTA, he said China had agreed to provide market access to 65 items, shared by Pakistan besides providing concession on all items included in the offer list.

He added that coming round of negotiation with China under 2nd phase of FTA would be held in the first week of January 2018 in Islamabad.

“We want the concession on 65 import items and low tariff line on products for further trade liberalisation in the 2nd phase of FTA between Pakistan and China,” he said.

He said that Pakistan was desirous to have duty relaxation on 65 products before launching the phase-II as same China had given to Association of South East Asian Nation (ASEAN) countries.