Railways to purchase 20 locomotives from GE 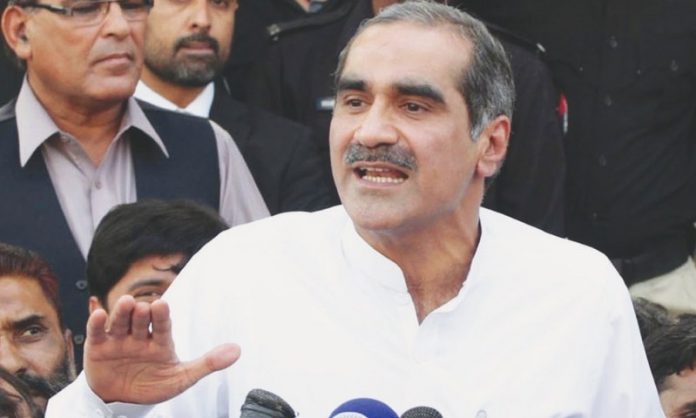 ISLAMABAD: Pakistan Railways would purchase 20 more locomotives from General Electric (GE) to enhance the capacity of the department to meet growing need of the country.

“During the current tenure of the government as many as 145 locomotives of different horsepowers had been added in the fleet,” Railway Minister Khawaja Saad Rafique told media here.

“1137 have been renovated and refurbished to date for ensuring comfortable journey of the passengers and curtains have also been installed in the economy class couches to maintain privacy,” he added.

The minister said that transparency was being observed in all the appointments and not taken political pressure in Pakistan Railways.

“Pakistan Railways will become best railway system in the region during the next 12 to 15 years if it is working on that foundation which has been given by the current government,” he said.

The minister said that Pakistan Railways has improved the living standard of collies and provided them green uniform and directed their contractors to provide them food and common rooms.

He said Pakistan Railways is transporting oil from 3 to 4 trains that earn revenue of Rs 10 to 20 million annually. “Railway is providing 5 trains to Sahiwal coal project which makes revenue of Rs 13 billion out of which Railways get Rs 5 billion,” he said.

He said that Pakistan can earn billions of dollars from the Pakistan Railways if all institutions show unity among their ranks and provide a conducive environment to the Chinese.

Saad Rafique said that Pakistan Railways has not taken any bailout package from the government during the last four and half years and met its own expenses during this period.

Giving an example of other countries, he said that railway department was controlled by the government in these countries but public-private partnership is common.

“70 per cent traffic of passengers and freight is on ML-I and up-gradation of ML-I under China Pakistan Economic Corridor (CPEC) is the priority of the government, feasibility study and preliminary design of the project has been completed,” he added.

To a question, Saad Rafique said that ML-I should be completed in five years and by the up gradation of the project, the speed of trains will be increased.

“Nobody can think where Pakistan can stand if the track is established from Jacabad-Gwadar-Karachi-Havalian- China and it will be the 11th wonder of the world,” he added.

“We are ready to execute the Karachi Circular Railway project while standing shoulder-to-shoulder with Sindh government, but seriousness and sincerity should be shown from both sides,” he said.