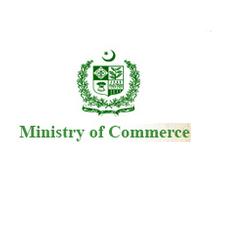 ISLAMABAD: As the Strategic Trade Policy Framework (STPF) 2015-2018 badly failed to meet the target of exports growth, Ministry of Commerce (MoC) is all set to formulate the next STPF 2018-23 without any projected exports figures for next five years.

According to reliable sources, the ministry, keeping in view the decline in exports during the past few years and failure of proposed measures in the STPF 2015-18, will avoid making highly exaggerated projections while focusing on measures for constructive and broad-based engagements between the public and private sectors.

As the ministry has started consulting all stakeholders for their inputs and suggestions for making a valid and reasonable policy framework, the ministry will be able to formulate the STPF in the next few months.

“Unlike the previous STPF for three years period, MOC has decided to formulate the policy for five years for making it result-oriented,” said an official of the ministry while talking to Pakistan Today.

The first STPF (2009-12) was formulated in 2009 with the aim of taking forward-looking and longer-term approaches for enhancing exports.

The government, through the STPF 2015-18 had claimed to enhance annual exports to $ 35 billion by June 30, 2018.  The policy was also aimed at improving export competitiveness, the transition from ‘factor-driven’ economy to ‘efficiency-driven’ and ‘innovation-driven’ economy and increased share in regional trade etc.

“The previous STPF and projected figures of exports were not reasonable. The projected figures, which remained unachieved, actually devalued the positive aspects of the three-year policy. We need not go after numbers, but implementable steps are needed to be taken for promotion of exports,” said the official.

Besides meetings with various trade bodies, the MoC has invited input from all public and private sectors stakeholders for inclusion in the STPF 2018-23 and for this purpose is actively approaching chambers and trade associations.

Interestingly the MoC, during the launch of the STPF 2015-18 had also claimed that the policy was formulated through an extensive consultative process spanning over almost a year. Moreover, MoC claimed that all stakeholders in the public and private sector including Federation of Pakistan Chambers of Commerce and industry, district chambers, trade associations, private businesses, academia, think tanks, trade missions, ministries, divisions and other government agencies were actively engaged.

According to economists, Pakistan’s overall share of the global export market had declined in comparison to peer economies such as India and Bangladesh, even though the country’s exports had increased in absolute terms. To reverse this decline, more market and product diversification and measures to improve the quality and sophistication of Pakistan’s export basket was needed.

“We need to introduce modern trade facilitation measures and a flexible exchange rate mechanism in the country besides reducing the cost of doing business. Despite recent investments in the energy sector, the cost of energy was still higher than in regional economies, reducing the competitiveness of local industries,” sources added.