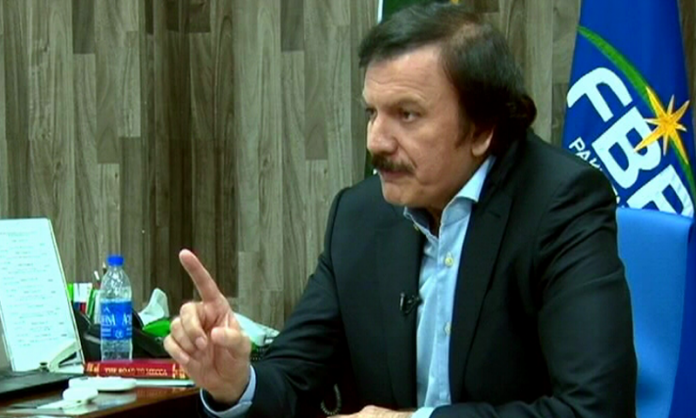 ISLAMABAD: Special Assistant to Prime Minister on Revenue Haroon Akhtar has said the government is committed to supporting early and sustainable investments in the LNG sector to meet the existing demands and growing energy requirements.

He was speaking to a delegation from various oil and gas, national and multinational companies which met him in his office at FBR House to apprise him of the issues and concerns of the industry regarding the growth of LNG sector in the country. Senior officials of the FBR, as well as Engro Elengy Terminal Limited Chief Executive Jahangir Piracha and Shell UK Limited Christopher Mansfield, were also present.

The delegation pointed the minister’s attention to the application of various taxes to the LNG sector and requested for levy of same taxation for the public as well as private LNG importers to remove cash flow strain on private supply chain as a result of increasing operational capital requirements leading ultimately to increased cost of fuel supply to consumers.

The delegation also requested for bridging Floating Storage and Regasification Units (FSRU) deployment to be exempted from any duty or taxes and for necessary previsions to be made in the applicable regulations. They also asked for the levy of customs duty on the FSRU that is subsequently imported for long-term deployment and called for adjustment of any duty charge on the initial vessel. They also called for amending the applicable regulations to allow such an allowance to facilitate project development and early gas availability.

Haroon Akhtar Khan told the delegation the government was keen to further strengthen the LNG sector and all genuine and realistic proposals and recommendations for further boosting this sector would be welcomed and given due consideration while formulating proposals for the upcoming budget.