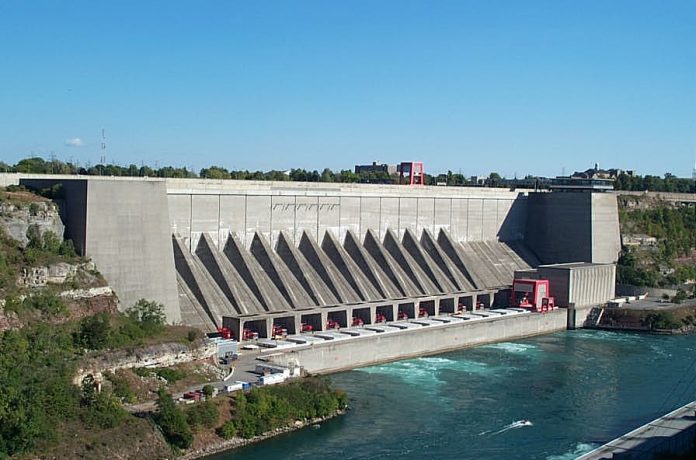 They said that construction on Diamer-Bhasha Dam and Mohmand Dam would also start in the year 2018, and these projects would have the capacity to store over nine million acre-feet (maf) of water, besides generating 5,300MW of hydroelectricity.

The sources said that a total of 9,294MW of hydropower would be generated and over eight million acre-feet (maf) of water would be stored on completion of seven under-construction hydel projects of WAPDA.

They mentioned that 1410MW Tarbela 4th Extension Hydropower Project would be commissioned by the next month-end with its first unit going into operation, while the second unit of the project would come online by end of April, and the third unit by end of May this year.

As many as 1410-megawatt (MW) low-cost and environmentally friendly hydel electricity would be added to the national grid with phased-completion of the vital project.

WAPDA sources said that 969-megawatt – Neelum-Jhelum Hydropower Project — a hydel power generating scheme of strategic importance — was in the final stage of completion, as most of the major milestones had successfully been achieved. These milestones included completion of dam and start of water filling in the reservoir, completion of waterway system comprising 51.5-kilometre long tunnels, installation of turbines, generators, transformers and other electro-mechanical equipment in the powerhouse, the switchyard, and dry testing of electro-mechanical equipment. The first unit of the NJHP would start electricity generation by end of March 2018, they maintained.

The 36MW first unit of Golan Gol Power Project would be commissioned by end of this month, they said.

The sources elaborated that first phase of 4,320-MW Dasu Hydro-Power Project would be completed in year 2022, adding that each phase of the project would generate 2,160MW on their completion.

Similarly, Kurram Tungi Dam in North Waziristan Agency (NWA) would also be completed in two phases and work on its first phase had been initiated since March 2017.

They said that WAPDA was fully focused on optimal utilisation of water and hydropower resources to meet the increasing requirements of water and electricity in the country.

By implementing a multi-pronged strategy for about last one year, they said that WAPDA had been able to turnaround the situation. Delays in the way to completion of the projects have been overcome and now these projects were fast heading towards completion. The long-delayed Kachhi Canal Project (Phase-I) had been completed in August 2017 to irrigate 72,000 acres of barren land in Dera Bugti district of Balochistan.

They mentioned that WAPDA was implementing seven projects in water and hydropower sectors with a cumulative generation capacity of 9294 MW and gross water storage of more than 8 MAF.

As many as eight projects with power generation capacity of 16296 MW were also ready for construction, while about a dozen projects were at the stage of feasibility study and detailed engineering design.

They said that water and energy securities were the key components of national security, asserting that with the establishment of the Ministry of Water Resources, things had been started moving in the right direction. WAPDA had re-strategized its priorities to increase water storage capacity and make energy mix in favour of hydel electricity.

About Mangla Watershed Management Project, they were of the view that watershed management plays a pivotal role to increase the life of water reservoirs by controlling soil erosion and reducing sediment rate flowing to the reservoir. Therefore, implementation of the measures under watershed management was also important like that of constructing dams for water storage.

Some of the measures taken under the project from 1966 to date included the raising of about 130 million plants in its nurseries, afforestation on 166,653-acre catchment area of Mangla reservoir, and construction of 3746 engineering structures in addition to constructing numerous soil conservation structures, they mentioned.