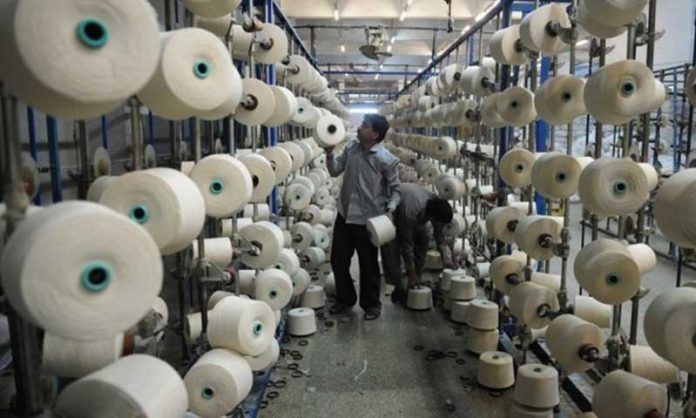 KARACHI: The Ministry of Commerce (MoC), abolishing all kind of custom duties and other taxes has allowed the import of cotton from all over the world including India, a notification said here on Tuesday.

The decision of the ministry of commerce greatly pleased the textile exporters as they can import the cotton from India and others countries, which was their long pending demand from the ministry and the federal government.

According to the notification, the textile exporters can import cotton from India and other countries without any custom duty and any other taxes.

“The Board, with the approval of the Federal Minister-in-charge Muhammad Pervaiz Malik, is pleased to exempt the whole of customs duty leviable under the 1st Schedule to the said act on import good.” The Cotton, not carded or combed (52.01) and cotton, carded or combed (52.03) can be imported without any custom duty or any other charges, said the notification.

According to the notification, the import of cotton would be allowed from January 8, 2018.

The Economic Coordination Committee (ECC) has allowed the cotton import in its meeting on January 8, 2018, but the MoC was not issuing a notification in this regard, said All Pakistan Textile Mills Association (APTMA) Senior Vice President Zahid Mazhar. The government had imposed a ban on import of cotton in May 2017.

He said around 5 million cotton bails had been imported from America, Africa and India after the decision of ECC but the customs authorities did not release it from the ports as there was no written order in this regard.

He said the government should improve the cotton production to 15-16 million bales like India and avoid wrong decisions to impose a ban on the imports of raw material like cotton etc.

Textile industry owner Zubair Motiwala said, “The decision would bring a new change in the textile sector and its export would increase many folds.” We will try to import low-cost cotton from the cotton producing countries and make competitive value-added products for the international market, he added.

He further demanded from the government to immediately impose a ban on the export of yarn and withdraw the rebate of 4 per cent on its export.

Bangladesh’s value-added textile exports have reached $ 30.24 billion (FY16/17), as it allowed duty-free import of raw material – cotton yarn and always encourage value addition, which is their key to success.