Investors in the private equity group have hired forensic auditors to audit the fund and trace why $ 200 million was not invested, meanwhile, Abraaj itself has reached out to KPMG to investigate the matter 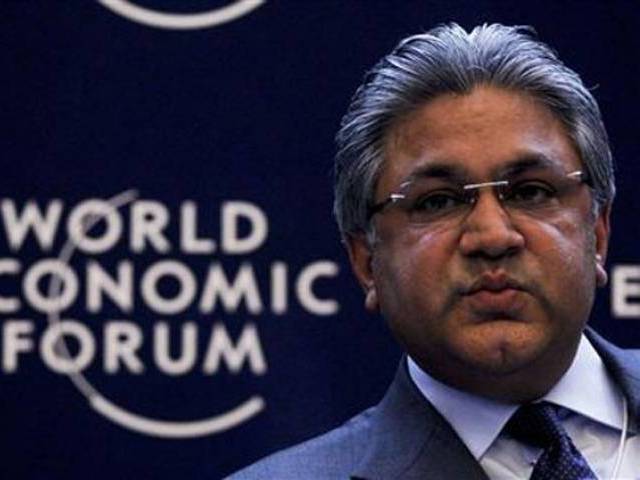 LAHORE: The Abraaj Group considered one of the largest and most influential investors in the developing world has ended up in hot waters as investors have raised questions over the handling of funds, accusing the group of utilising funds for operations rather than investments.

Investors in a $ 1 billion health-care fund managed by Dubai based Abraaj Group including The Bill and Melinda Gates Foundation, the World Bank’s International Finance Corporation (IFC) unit, and government-backed development finance organisations CDC Group PLC and Proparco Group have reportedly hired a forensic accountant to examine and trace exactly what happened to $ 200 million given to Abraaj for investments in the healthcare sector in developing economies such as Pakistan, India, and Nigeria, said a NYT report.

To investigate the matter, US-based advisory firm Ankura Consulting Group LLC has been hired to audit the fund and trace why $ 200 million was not invested. According to the mutual agreement between Abraaj and its investors, any funds that have not been invested should be returned within 60 days. The investors claim that Abraaj and its founder Arif Naqvi have misused the funds, report NYT.

However, Abraaj, which manages nearly $14 billion for 300 limited partners including the Gates and Skoll foundations, the World Bank’s International Finance Corporation (IFC), the European Investment Bank and development agencies in the United States, Britain and France, has denied all allegations. It has claimed that the funds worth $ 200 million were not utilised due to delay in approval from regulatory bodies to deploy hospitals in Pakistan and Nigeria.

Abraaj Founder and CEO Arif Naqvi while addressing investor’s concerns said that the money had been held to ensure liquidity. Since then Abraaj has returned more than $ 100 million back to investors. Moreover, Abraaj has hired KMPG to conduct a thorough audit of the healthcare fund.

The report further said that not all of the 24 investors in the fund have complained about the irregularity.

Pakistani native, Arif Naqvi, who struck gold in a highly profitable deal with a marketing company based in the Middle East established the Abraaj Group in 2002. This took him from a small regional investor to becoming one of the largest investors in the developing world with specialised teams deployed in Turkey, Africa, the Middle East and Asia to hunt for profitable deals. According to a Forbes report, Naqvi’s fund-raising mantra is “If you want to do good and reap rich, private-equity style returns, invest in Abraaj funds.”

According to Forbes, Naqvi was born in Pakistan to a family of plastics manufacturer in Karachi. He graduated from the London School of Economics and worked at Arthur Andersen for 4 years before investing $ 50,000 from his savings to start an investment advisory firm, Cupola, in Dubai in 1994. He struck gold raising $ 8 million for a duty-free-kiosk business and received an $ 800,000 advisory fee later pulling off a complex deal that involved purchasing another business-services company, Inchcape Middle East, for $ 102 million, with $ 4.1 million in equity, said an NYT report. Naqvi sold the company for $ 173 million and used the proceeds to set up Abraaj.

Harvard Business School Professor Josh Lerner while talking to Forbes said: “Arif was a decade-plus ahead in terms of really understanding the potential for investors in private, family-owned companies in fast-growing markets.”

“We have taken the risk out of investing in what the West mistakenly calls ’emerging markets,’ ” says Naqvi.

The firm has seen exponential growth along with support from World Bank President Jim Yong Kim and American business magnate Bill Gates, who have been promoting the idea that private-sector investors need to take on a larger role in risky projects in the developing world.

Abraaj is considered as the undisputed king of dealmakers globally leaving the likes of Blackstone, KKR and Carlyle behind. Naqvi’s vision to invest in seemingly dangerous markets of Asia, Africa and Latin America seems to have reaped the results with investors claiming 17 per cent returns annually since conception.

On Abraaj’s website it says that by 2022, healthcare expenditure in growth markets will be growing over 10 per cent annually, three times faster as compared to the developed markets, making it an ideal opportunity for investments. More than any of Abraaj’s other offerings the $1 billion health care fund embodies this ideal. Starting in late 2016, it drew down $ 545 million from investors to buy hospitals in Nigeria, Pakistan and India. Abraaj Group Partner Healthcare Khawar Mann claims that “The goal is to improve productivity at the hospitals, allowing them to see more patients and make more money.”

However, the fund’s largest bet was acquiring CARE, a network of private hospitals in Hyderabad, India, for $145 million which turned out to be a disappointment. The acquisition marked a 42.8 per cent decrease in profit before tax to $ 8 million. However, Abraaj has refused to mark down its value to reflect the lower profits, said an NYT report.

The Abraaj Group has been present in Pakistan since 2004 boasting a diversified portfolio of investments in a number of sectors including healthcare, power distribution, renewable energy and industrials.

The group has been very active in the healthcare sector, recently investing in the Islamabad Diagnostic Centre, aiming to profit from the market gap in the highly shattered diagnostic market within the health sector.

Arif Naqvi and his wife Fayeeza Naqvi laid the foundations for the Aman Foundation in 2008 in Pakistan, offering ambulance service with 80 ambulances across Karachi as well as offering training under Aman Tech focused on 12 traits such as auto-mechanic and refrigeration.

Most recent investments by the group include Cinepax, country’s leading cinema operator with 29 screens in 12 locations across 8 cities. Abraaj aims to triple the size with 80 new screens in the next four years with this partnership.

One of the most noticeable investments by the group has been its 66.4 per cent share in K-Electric in 2009. It has been reported that IFC has invested $ 200 million in Abraaj funds and $ 70 million directly in deals, including K-Electric.

However, in October 2016, Abraaj Group entered into a definitive agreement to divest its shareholding by selling KES Power, the offshore entity that controls 66.4 per cent of total K-Electric shares, to China-based Shanghai Power. The deal has been estimated at $ 1.77 billion and is contingent upon settlement of issues between the government and the seller.

According to Abraaj, over the course of its investment and through an active ownership model, K-Electric successfully achieved a landmark turnaround. Operationally, K-Electric upgraded installed generation capacity by adding over 1,000 MW with overall efficiency levels improving from 30.4 per cent in 2009 to 37.4 per cent in 2016.

Arif Naqvi in a press statement said that “Abraaj fully recognised the outstanding growth opportunity that K-Electric represented for the power sector in Pakistan when we made our investment in 2009. This is symbolic of a successful public-private partnership model where the Government of Pakistan is a core stakeholder”.

Abraaj was also amongst the largest stakeholder in Careem, a ride-hailing service across the Middle East, North Africa, Turkey and Pakistan. However last year in June the group also sold its stake to Kingdom Holding Co. Refusing to declare the financial terms the group claims that it saw an opportunity but now it is time to move on to other investments following our business model. Careem raised $ 150 million, part of a $ 500 million Series E announced in December, valuing Careem at over $ 1 billion.