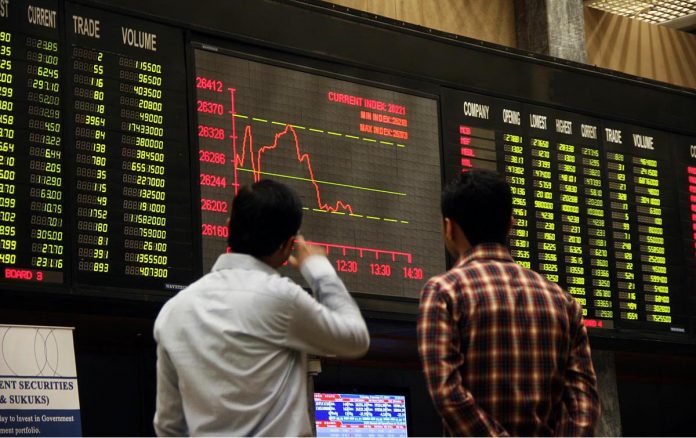 LAHORE: After bloodshed in the last session, investors at the Pakistan Stock Exchange (PSX) were hoping for a normal day. As global markets seem to have found the path to recovery, the local market crawled up too. The benchmark indices showed positive sentiments all throughout the day with increased market participation.

The market volumes swelled up from 237.96 million of the previous session to 269.99 million. TRG Pakistan Limited (TRG -0.05 per cent) was on top of the ladder with 26.85 million shares traded. Azgard Nine Limited (ANL +6.05 per cent) followed with 22.77 million shares exchanging hands.

The top gainer was the food and personal care sector which boosted its market capitalisation by 3.13 per cent. Refinery sector was next with 2.94 per cent added to its market capitalisation. Byco Petroleum Pakistan Limited (BYCO +5.69 per cent) enjoyed another good trading day after it brought its gasoline output up five times to 1,500 tons/day as the company’s second unit started production.