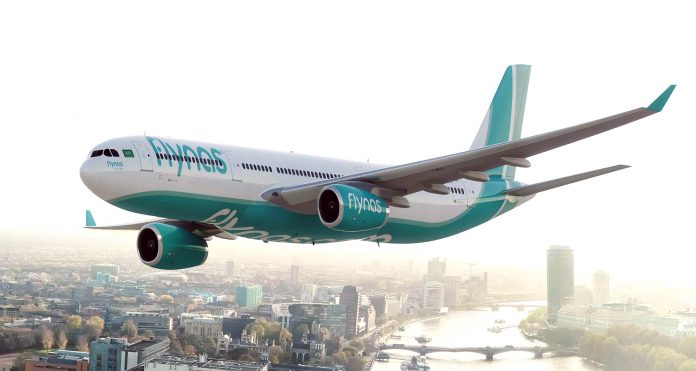 KARACHI: Flynas, a Saudi budget airline, is all set to launch 14 direct flights from the Kingdom’s airports to major cities in Pakistan starting from Thursday.

The Pakistan Civil Aviation Authority (PCAA) has allowed the airline to operate in Pakistan and it will start its operations from February 15, sources confirmed here on Wednesday.

The sources further disclosed that more new airlines are likely to enter Pakistan’s aviation industry this year and Flynas is one of them. “The government has permitted it under the open skies policy, which may bring down passenger fares. However, it may pose fresh challenges to the financially struggling Pakistan International Airlines (PIA),” they claimed.

Announcing its expansion programme, the airline said the launch is part of its ongoing programme to extend its reach to Asia and open new strategic international routes. These flights will utilise the A320 fleet and the new B767 aircraft. Bookings can be made through Flynas smartphone application, Flynas website and travel agents. The new routes will serve business travellers as well as Hajj and Umrah visitors.

Flynas was established as part of NAS Holding in 2007 and is the leading low-cost private carrier of Saudi Arabia with a fleet of 30 aircrafts, operating over 1,000 scheduled flights every week.  Flynas offers flights to 17 destinations within Saudi Arabia and 53 international destinations. Since its launch in 2007, Flynas had successfully carried more than 32 million passengers from its bases of Riyadh, Jeddah, Dammam and Abha.

The airline continues to grow with a recent agreement with Airbus to purchase 120 new A320neo aircrafts valued at $8.6 billion.

UAE’s Emirates and Etihad Airways, as well as Qatar Airways among other Gulf carriers, are giving a tough time to Pakistan’s domestic airlines, which are finding it hard to compete with these foreign carriers.