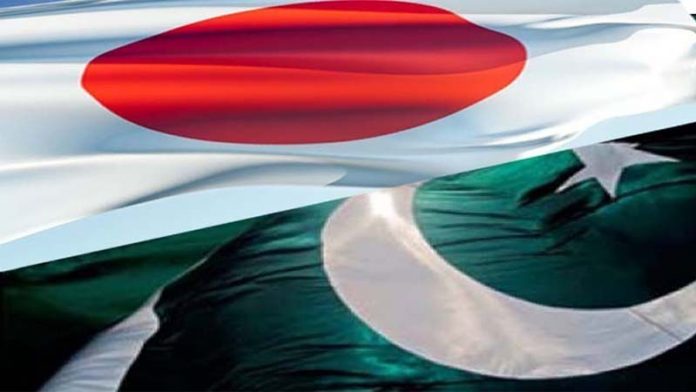 ISLAMABAD: The 5th Pakistan – Japan high-level economic policy dialogue was held on April 26, 201,8 in Islamabad. The high-level dialogue is of immense significance as it primarily deals with major policy matters regarding trade, investment and development cooperation and more importantly it is held after a gap of more than seven years indicating the fact that both the countries are recognizing the need to enhance bilateral economic relationship to the next higher level.

Economic Affairs Division (EAD) Secretary Syed Ghazanfar Abbas Jilani led the Pakistani side comprising of the highest level of representation from the relevant ministries and divisions. Meanwhile, the Japanese side was led by the Senior Deputy Minister for Foreign Affairs Yamazaki Kazuyuki, consisting of the senior officials from the Ministry of Foreign Affairs and key Japanese stake holders based in Japan and Pakistan respectively.

During his opening statement, the EAD secretary emphasized the need to give a new impetus to the economic and commercial ties between the two countries as there exists enormous opportunities available in Pakistan in the wake of sustained economic turnaround and improved security environment. Dilating upon the investment opportunities in the country, he elaborated that Pakistan’s investment policy, characterised by steady liberalisation, privatisation and deregulation, is one of the most liberal and investor-friendly in the region.

He also recommended that flagship projects by the government of Japan contributing towards the socio-economic development of the masses at the grass roots level would definitely be a timely intervention to emphasise upon the strong relationship between the two countries.

Pakistani side highlighted that Japan is a promising market for Pakistan’s exports. In this regard, the secretary also stressed the importance of the early convening of the Joint Government Business Dialogue to further the dialogue on trade and investment issues.

Meanwhile, the Japanese side expressed that they will facilitate the Joint Government Business Dialogue, which is planned to be held later this year.

Both sides noted the need for further enhancement of Japanese investment in Pakistan keeping in view the improved economic environment. For future Japanese investment, the Pakistani side identified the emerging sectors as the automobile sector, auto parts, electric cars, electronics, solar panels, chemicals and plastics. Japanese side highlighted the importance of enhancement of investment as already there are profitable businesses by many Japanese companies in Pakistan. The Japanese side informed the Pakistani side that Japan is enhancing the assistance in the area of human resource development in order to contribute to the industrial development of Pakistan in terms of human capacity development as well. Both sides discussed enhancement of economic cooperation in the sectors of energy, infrastructure and transport.

Senior Deputy Minister for Foreign Affairs Yamazaki Kazuyuki noted that Pakistan is a significant partner and Japan attaches high importance to its relationship with Pakistan. He underscored the importance of further strengthening the long-standing trade, economic investment relationship between Japan and Pakistan and said that the revival of the High Economic Policy Dialogue would go a long way in deepening economic engagement between the two countries. 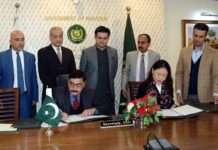 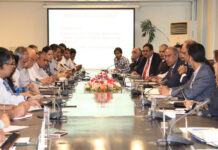 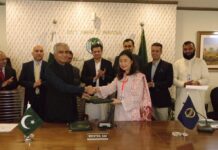