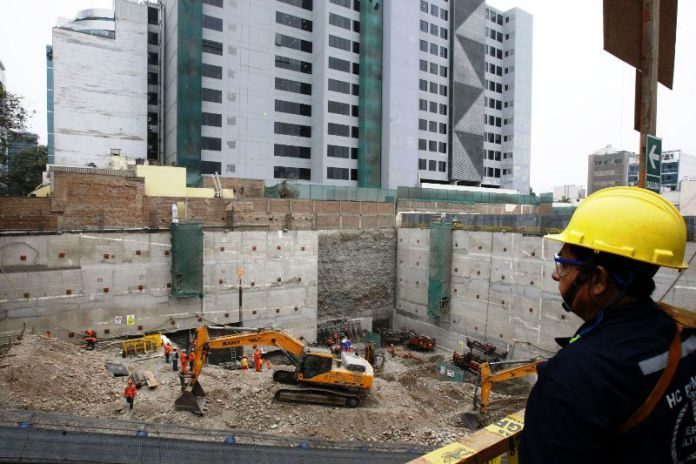 KARACHI: Association of Builders and Developers of Pakistan (ABAD) Chairman Arif Yousuf Jeewa has strongly rejected the Federal Budget 2018-19 announced by Federal Minister for Finance Miftah Ismail on Friday and alleged that the government wants to destroy a very important sector of the economy by totally ignoring the construction industry.

In a strongly worded statement, ABAD chairman said that the government has presented a purely political and election budget, which will force the upcoming government to announce supplementary budget just after four months. He said that the construction sector is a very important sector for the betterment of national economy but the government even did not care to announce a clear construction policy, which will have a bad impact on the national economy in the long run as with the closure of construction industry more than 70 allied industries will all suffer badly creating mass unemployment.

He lamented that regulatory duties (RD) on the import of steel bars, sanitary wares and tiles have not been withdrawn despite repeated requests by ABAD to the government that manufacturers of these materials are wrongly interpreting regulatory duties for their own interests by increasing rates on the pretext of the imposition of RD. Steel manufacturers, he continued, increased the rate of steel bars from Rs68,000 per tonne to Rs98,000 per tonne after imposition of the regulatory duty on it. Moreover, with the imposition of sales tax on electricity by Rs2.5 per unit from the government, steel bars are being sold at the rate of Rs102,000 per tonne. On the other hand, cement manufacturers have also raised Rs20 per bag of 50 kg cement despite the fact that the government had raised Rs13 per 50 kg bag of cement as excise duty.

The cost of construction has increased due to immoral acts of such manufacturers, he said adding that at present Pakistan is facing a shortage of 12 million housing units and this shortage will increase manifold due to unjustifiable policies of the government as people from middle class also will not be able to purchase their dream houses.

He said that ABAD had given budget proposals to Prime Minister Shahid Khaqan Abbasi, Finance Minister Miftah Ismail and other concerned authorities for the betterment of construction industry but no relief has been provided in the budget, which could be considered detrimental for the construction industry. ABAB had proposed that overseas Pakistanis be given leverage in the Tax Amnesty Scheme for construction or purchase of the first-ever home without asking the source of income but the government has not included this proposal into the budget, he added.

ABAD chairman announced that ABAD will adopt a future course of action, in an emergency meeting, which is called for deliberation on issues raised regarding construction sector after the announcement of the federal budget.