US clampdown on Chinese tech companies can prompt China to retaliate 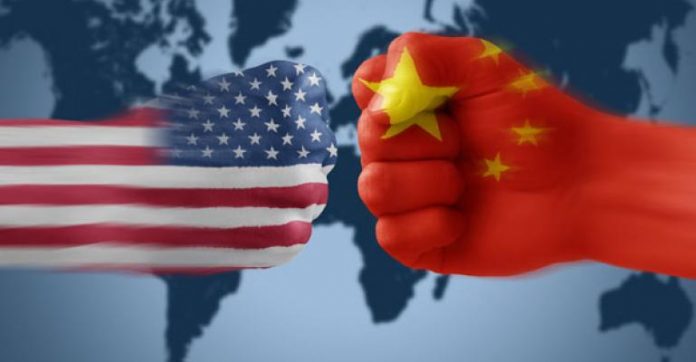 WASHINGTON: A US federal clampdown on US-based Chinese tech firms over security concerns can prompt Beijing to retaliate and impose similar restrictions on American firms and hurt the business of the Silicon Valley, a US region that serves as the global centre for high technology, venture capital and social media.

Security concerns have prompted the US federal government to take several administrative and legislative steps to clamp down on Chinese firms seen too close to their government which, the American tech companies fear could provoke China to take similar actions, an online political news website The Hill said in a report published Sunday.

The US Defense Department, or the Pentagon, last week announced that it would ban leading Chinese companies Huawei and ZTE from selling their products on US military bases.

The announcement followed reports that the White House may issue an executive order limiting the presence of some Chinese firms in the US.

“Tariffs and any Chinese retaliation that could follow would hurt American consumers, businesses and workers, and not level the playing field with China,” the report said quoting a spokeswoman for the Information Technology Industry Council, a tech industry trade group.

American tech companies say that retaliation from China is possible and the country could go after US firms.

“They can do whatever they want. There’s no barrier to stop them,” says the President of the Information Technology Innovation Foundation (ITIF) Rob Atkinson, a Washington, D.C.-based think tank.

In addition to the Pentagon move to ban two Chinese companies and the expected Executive Order to limit the presence of Chinese firms, there have been several legislative and administrative measures in the past year to target Chinese tech firms over security concerns.

The administration twice blocked Chinese firms last year from acquiring US companies and there have been attempts on the legislative front to place a ban on federal agencies from contracting with Chinese technology companies.

There were reports that the government pressured American telecom giant AT&T to abandon a deal with Huawei. Many lawmakers have expressed fear that the Chinese firms, which are too close to their government, could exploit system flaws or share data with Chinese intelligence agencies.

Experts say that the Chinese government could use similar tactics and tools to limit access of the American companies to the Chinese markets.