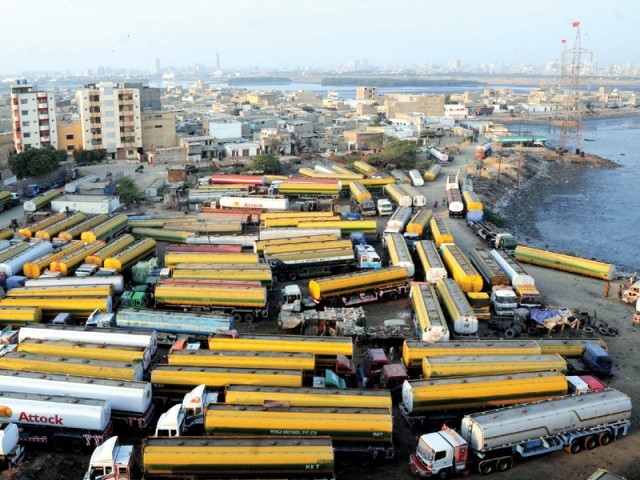 KARACHI: The Pak Arab Pipeline Company (PAPCO)’s White Oil pipeline will become multi-grade by the second quarter of 2019, Shell Pakistan’s management told a group of journalists during a visit of its Keamari Terminal on Tuesday.

The $200 million pipeline, which stretches over 748 kilometres connecting Karachi with Mahmood Kot in South Punjab is being upgraded, a development that will increase the country’s motor gasoline (Mogas) storage capacity by 150,000 tons and reduce petrol prices by one-third, said officials.

The pipeline, which was commissioned in 2004, was dedicated to the transportation of High-Speed Diesel and reduced the movement of about 4,000 trucks between Karachi and Mahmood Kot, in the process, resulting in cost efficiencies and safer transportation of the fuel. Since the demand for Mogas has been increasing at an exponential rate, the upgrade will allow transportation of petrol to upcountry through the pipeline, making the oil supply chain more efficient and safer.

Based on current freight charges of Rs5.2 per liter (road transport), the dispatching of Mogas through pipeline will reduce the cost of petrol by up to Rs2 per liter, the company said of the project, a joint venture between PARCO (51pc share), Shell (26pc), PSO (12pc) and Total (11pc).

Briefing the visitors about terminal’s day to day operations and Shell’s road safety standards for transportation of hydrocarbons, the officials said currently the entire supply of Mogas is carried through oil tankers by road, which is not a safe mode and adds to the cost. Pakistan’s current fleet of oil tankers comprises 11,198. Of these, an overwhelming majority or 8000 oil tankers are not compliant with Oil and Gas Regulatory Authority (OGRA)’s safety standards, which a big safety hazard.

Railway network is mainly used for furnace oil, and there is lack of waterways and pipeline networks, which is why is why oil marketing companies depend on road transportation for supplying Mogas to North, which is the largest market of oil products in the country.

Currently, road transport accounts for 59 per cent of the cumulative movement of petroleum, oil and lubricant products, pipeline’s share is 37.7 per cent and use of railways for refined products stand at 3.6 per cent. The multi-grade pipeline will, therefore, reduce OMC’ dependence on road transport and improve the supply chain by bringing cost efficiencies and swift delivery of the product.

Mogas volumes have increased two-and-a-half times during last five years to 650 million liters, growing at a compound annual growth rate of more than 10 per cent, officials said adding it is partly due to natural gas being diverted away from CNG-fueled motor vehicles to industrial use, increased automotive sales and rising per capita income – about 100,000 new motorcycles are hitting the roads every month, which makes the segment the largest consumer of Mogas in the country.

Oil products account for a third of Pakistan’s energy mix and of them all, the demand for Mogas is expected to increase the most, they said adding more projects are under consideration to cater to the growing demand for Mogas.

Two more projects are also under process. There is another pipeline for Mogas, which will connect Mahmood Kot with Lahore and a third one which will connect Lahore to Islamabad – the first one is expected to be operational soon while the latter will take to three years, they said.