Pakistan to secure another $2 bn from China to support reserves 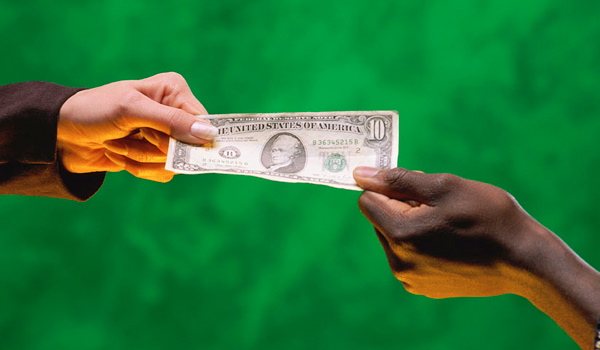 ISLAMABAD: As the depletion of reserves continue, the government has planned to secure another $2 billion through the agreed short-term loan of $1 billion and another one billion through Panda bond.

According to reliable sources, China, which has already released $1 billion from China Development Bank (CDB), will secure another one billion short-term loan for the neighbouring country shortly. In addition to this, Pakistan will also try to secure at least another $ 1 billion from China through the issuance of Panda Bond in Chinese currency making the short terms arrangement of $ 3 billion from China.

As per the sources, even the injection of $3 billion, including $1.5 billion from CDB, $500 million from the Industrial and Commercial Bank of China (ICBC) and $ 1billion from the Panda bond, may not meet the required debt financing during the next few months as Pakistan is liable to pay back around $3 billion in the next three months.

In order to help the country steer through difficult times, the government is also in talks with the Islamic Development Bank (IDB), a multilateral development financing institution of Saudi Arabia and some other lenders. Besides, as the present government is fast completing its term, the interim government may also raise $2.5 billion through sovereign Eurobond to avoid plunging into another balance of payment crisis in the next fiscal year 2018-19, sources claimed.

“If things go as per plan, the interior setup may not go to IMF for a bailout and leave it to the new government to decide. Otherwise, the interim government, as a last resort may knock the door of the IMF,” they said.

As per the budget 2018-19 documents, Pakistan plans to obtain over $10 billion equivalent to Rs1.118 trillion in shape of external loans and grants from all multilateral and bilateral creditors against revised estimates of Rs1.81 trillion.

“The financial situation would be clearer in September and the new finance minister may share the actual position of the economy. By that time the country may need $10 to $11 billion for repayment of loans and meet deficits,” insiders claimed, adding that apart from the ballooning external debts, the increasing circular debt, that has crossed Rs1 trillion, will pose serious issues to the next government. The Rs1 trillion-plus debt included Rs463 billion in circular debt of IPPs, and remaining amounts of receivables of DISCOs.

The ever depleting foreign reserves have slipped to $11 billion which included to $5 to $6 billion of net reserves. The reserves, experts claim, will be able to cater the import bill of less than a month against the mandatory reserves worth three months’ import bill.  The country’s highest import bill was recorded in January 2018 with $5.6 billion worth of imports.

“Despite the increase in regulatory duties and other measures taken by the government to discourage imports, the imports are perpetually rising posing the very serious threat of current account deficits,” said the sources, adding that despite the grave situation, the government has given a populist budget without any clarity about short term or long terms debts, or how the deficits will be narrowed.

For the last four years, the government has shifted its focus towards easy but relatively expensive sources of financing. Pakistan’s reliance on short-term commercial borrowings from banks would continue to persist in the coming fiscal year as the government would secure over $3 billion from these commercial banks in the next fiscal year against revised estimates close to $4 billion in the outgoing financial year.

In the budget in brief for 2018-19, the government envisaged to generate $2.5 billion through the Sukuk bond but the details of foreign resources estimates for 2018-19 showed that the government would generate this amount through sovereign bonds.