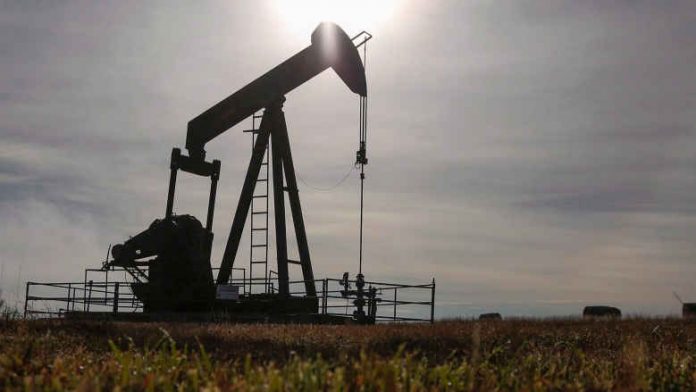 ISLAMABAD: Senate Standing Committee on Petroleum was informed on Thursday that the country’s existing oil reserves will see an end only after 10 years while gas reserves are to witness an end after passing 13 years if the current ratio of their respective demand is continued.

This shocking disclosure was made by the officials of petroleum division during a meeting of Senate Standing Committee on Petroleum, which was held here at the Parliament House under the chair of Senator Mohsin Aziz. The meeting was attended by Senators including Lt. (r) Salah ud Din Tirmizi, Shamim Afridi, Saleem Zia, Fida Muhammad, Dr Jahanzaib Jamaldini, Beharmand Tangi and other officials including secretary petroleum, PSO Managing directors, SNGPL, and SSGCL etc were also in attendance.

Thursday’s meeting of the Senate panel was held to discuss in detail and analyse the work strategy, responsibilities, performance, and budget problems being faced by the subordinate bodies of the petroleum ministry including corporations, companies and organisations etc. The meeting also took up the recommendations of a Senate special committee for implementation regarding GIDC (Gas Infrastructure and Development
Cess) and matters related to LNG supply agreement, LNG terminals, LNG supply/import, its use and wasted capacity of the terminals etc. Also, the meeting sought complete details of records pertaining to government’s LNG supply/import agreement with Qatar and with terminal authorities.

Senate Standing Committee on Petroleum was informed that around 0.5 million consumers were being added annually to the existing number of 8.8 million of gas consumers in the country. It was informed that with diminishing domestic production, LNG requirement which currently stands at 1000 MMCFD was projected to reach 3600 MMCFD by 2030. It was also informed that gas consumers have paid more than Rs45 billion on account of terminal capacity charges from the year 2015 till date.

Expressing grave concerns over the amount collected from consumers under the head LNG terminal capacity charges, Senate panel has asked the ministry of petroleum to present complete details of the LNG agreement with Qatar. It was also desired to submit a full record of all those companies that participated in the bidding process, and a report about the price of LNG in the international market at the time of the LNG supply agreement with Qatar.

Chairman Senate Panel Mohsin Aziz asked to respond why an agreement for the supply of LNG was inked with only Qatar.

During the course of the meeting, the directorate generals of oil, gas and minerals briefed the meeting about the role, responsibilities and working of their respective organisations. It was informed in that 26.4 million tones of petroleum products were used during 2016-17 and local crude meets only 15 per cent demand as the rest of the 85 per cent demand of the crude oil is being met with imported crude. Local crude oil is being refined from six big and two small refineries of the country.

Similarly, the government had collected $167.45 billion petroleum levy on petroleum products during the financial year 2016-17. A big refinery is to be built in Balochistan which will refine the crude oil of 2.5 lakh barrel on a daily basis and cost of this project is estimated at $5 billion while it will be completed by 2023.

Senate panel was told that Sui Southern Gas Company Limited (SSGCL) is mandated to meet the gas demand of Sindh and Balochistan provinces. And, total it (SSGCL) has 8.8 million gas consumers in two provinces while SSGCL”s transmission network pipeline is 12,794 kilometres and distribution is 1,63,497 kilometres. Natural gas production of the country stands at 4,000 million cubic feet per day (MMCFD) and 1,000MMCFD of RLNG is being imported to meet the gas demands.

About the LNG imports to the country, the Senate panel was informed that LNG supply agreement with Qatar was for ten years, while LNG supply contract with Gunvor, Eni will stand effective till 15 years.

Senate panel was also informed that so far 161 Liquefied Natural Gas (LNG) cargos have been imported at a cost of $3.8 billion. It was further told that LNG price is fixed with the price of crude oil price in the global oil market and review in the price of LNG can be made after ten years.

Both the Secretary and Additional Secretary Petroleum while briefing Senate panel about the working, and affairs of petroleum division has said that petroleum and natural resources division was established in 1977 and in August 2017 a new ministries of energy, petroleum and power divisions were created. And, there are 15 different bodies attached with petroleum division including OGRA, Pakistan State Oil, Pakistan Petroleum Limited (PPL), Pak Arab Refinery, Sui Northern and Sui Southern gas companies, Pakistan LNG Limited etc.

Senate panel was told that electricity is being generated with different sources and the country’s current energy requirements of 79.58 million Tonnes of Oil Equivalent (MTOE) is being met through 38 per cent gas, 34 per cent oil, 06 per cent LNG and other resources including 01 per cent LPG, 10 per cent Hydro and 8 per cent coal resources.

Similarly, he said 174 licenses have been granted while 180 license of lease contract awarded.  More than  57 trillion cubic feet of gas is discovered  and out of which 36 trillion is extracted  as 21 trillion is left in reserves which can meet gas demands of the country for next 13 years if consider the current speed of exploitation of gas reserves.

Furthermore, Pakistan has oil reserves of 1197 million barrel and out of this so far 865 million barrels have been produced as 332 million   barrel is left with reserves and the oil reserves can satisfy oil needs of the country for next 10 years if count the present ratio of consumption/demand of the oil.