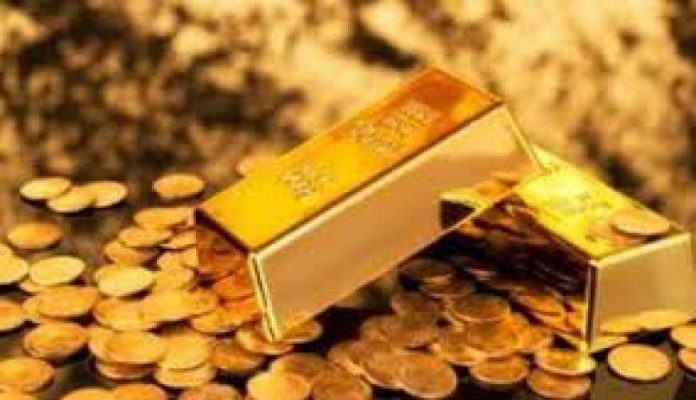 BENGALURU: Gold prices rose to a one-week high early on Wednesday, rebounding from a seven-month low touched in the previous session, as the dollar softened, stoking demand for the yellow metal.

The dollar index, which measures the greenback against a basket of six major currencies, was down 0.1 percent at 94.536.

Meanwhile, Asian stocks were on shaky ground on Wednesday as the spectre of a Sino-U.S. trade war haunted investor ahead of a July 6 deadline for U.S. tariffs on billions of dollars’ worth of Chinese imports.

China is putting pressure on the European Union to issue a strong joint statement against President Donald Trump’s trade policies at a summit later this month but is facing resistance, European officials said.

Investors are also awaiting minutes of the June U.S. Federal Reserve meeting which is due on Thursday and the U.S. non-farm payrolls data on Friday.