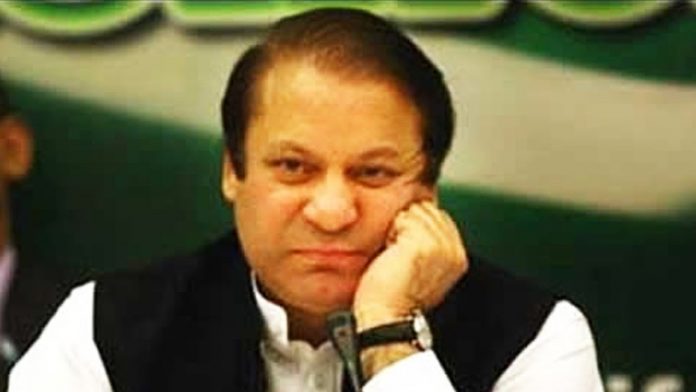 ISLAMABAD: Despite a drop in the early hours of trading, Pakistan Stock Exchange (PSX) managed to close 45 points in the green paying no heed to the historic verdict against Nawaz Sharif and his family on Friday, however, countrywide economists have been divided over the development.

On Friday an accountability court had announced the verdict in the Avenfield properties corruption reference filed by the National Accountability Bureau (NAB), handing ousted prime minister Nawaz Sharif 11 years as jail time, Maryam Nawaz with 7 years and Captain Safdar with 1 year in jail.

As per Veteran economist Dr Ashfaq Hassan, the accountability court’s verdict will have no immediate effect on the economy since the decision was no surprise to the masses. “Since Nawaz Sharif and his party is not in power holding affairs of the country, the decision will have no major implications on the economy, which is already on ventilators,” he said.

“I personally think that investors’ confidence should be strengthened after such a historic decision which has not even spared one of the most politically influential men like Nawaz. Rule of law must be established through fair investigation, trial and subsequent judgment,” Dr Ashfaq added.

“As per my understanding, there is no hindrance in confiscating the property made by the accused in London. Authorities in London should also respect the court’s judgment and cooperate with Pakistan for implementing the verdict,” he said.

Renowned economist and former secretary finance Dr Waqar Masood, however, believes that the decision may harm the economy in future. He said the stock exchange has already started showing negative sentiments. “However I wish the decision may not harm the next election and process of transfer of power,’ he said.

Another economist was of the view that investors usually are very sensitive to any uncertainty. They may wait to see how the party workers and followers of Nawaz Sharif react to the decision in coming future.

Federal Board of Revenue (FBR) former chairman Dr Muhammad Irshad opined that investors will definitely ponder over the next government. In case Pakistan Tehreek-e-Insaf (PTI) forms the government, Pakistan Muslim League Nawaz (PML-N) will try its best to create politically motivated hurdles for the ruling party in reaction what to Nawaz and his family faced during the prolonged sit-ins and movement regarding Panama leaks.

“Instability has already been created by the decision, which was untimely. The factor of instability is there as cases have also been registered against Shahbaz Sharif and other key figures of PML-N. Unfortunately, an impression has been created that a family or party is being targeted knowing that political leaders like Asif Ali Zardari are also corrupt,” he said, adding, that besides the domestic developments how the international community reacts to the decision would also matter.

According to him, the investigation and accountability should be broad based but that needs a neutral government. Government of a political party may not initiate the move since the drive could benefit a particular party. Political confrontation always harms the economy, he added.

Another economic expert was of the view that the current instability, noticeable in the PSX, is primarily due to the fluctuating US dollar exchange rate. Currency value differential is also due to the differences in imports and exports values, and a few other technical issues but they have nothing to do with this court decision.