Standard Chartered Plc, which gets most of its earnings from Asia, saw its retail banking income rise 9 percent on strong performances in Greater China and North Asia. 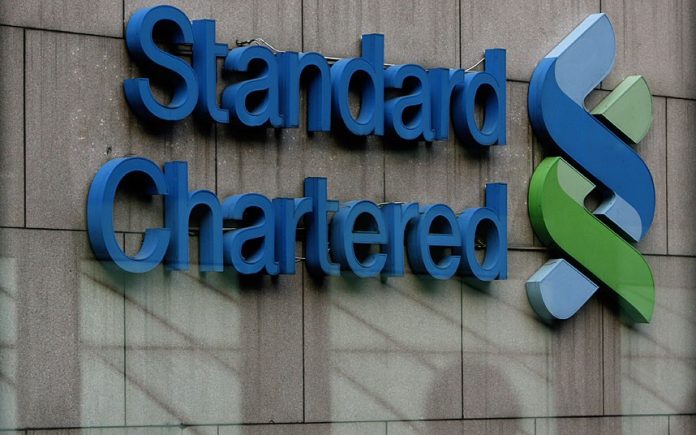 The bank said it was confident it would continue to deliver better returns in the medium term as its sweeping restructuring measures pay off, while its “limited” exposure to the mounting U.S.-China spat will also aid the bottom line.

“Our direct exposure to increasing tariffs between the U.S. and China is minimal, less than 1 percent of income,” StanChart CEO Bill Winters said on a conference call with reporters.

“It’s not a disastrous thing for Standard Chartered … but if the trade war escalates it could be more disruptive for the global economy and our clients,” he said.

Some of StanChart’s customers have slowed cross-border investment decisions because of the escalating trade tensions, Winters said, adding that would continue until there is clarity on the breadth and size of tariffs between the two countries.

The bank said its return on equity (ROE), a key measure of profitability, was 6.7 percent in the first half of the year.

Its credit impairments, a source of pain in recent years from bad loans in Asia, halved to $293 million.

The ROE “reinforces our confidence that we will exceed 8 percent in the medium term and validates our decision to resume an interim dividend”, said Winters, who implemented the restructuring measures when he joined the bank in 2015.

The lender issued an interim dividend of 6 cents a share.

Pretax profit for StanChart rose to $2.35 billion in the first half of the year, from $1.75 billion in the same period last year, the lender said in a regulatory filing on Tuesday.

StanChart, which gets most of its earnings from Asia, saw its retail banking income rise 9 percent on strong performances in Greater China and North Asia.

Despite better profits and lower bad loans, StanChart shares fell 3.5 percent in London as shareholders focused on the bank’s expenses from investments aimed at improving performance.

The bank’s costs grew 7 percent in the first half versus a year ago, as it invested in digital initiatives to improve businesses including wealth management and retail banking, indicating the path to achieving its ROE target would be tough.

Like peers around the world, StanChart has been boosting investments in internet and mobile banking services in the battle to lure tech-savvy students and young professionals.

The bank said in June it planned to apply for a “virtual banking” license in Hong Kong. The virtual banking platforms will have no physical branches and are expected to mainly offer retail banking services.