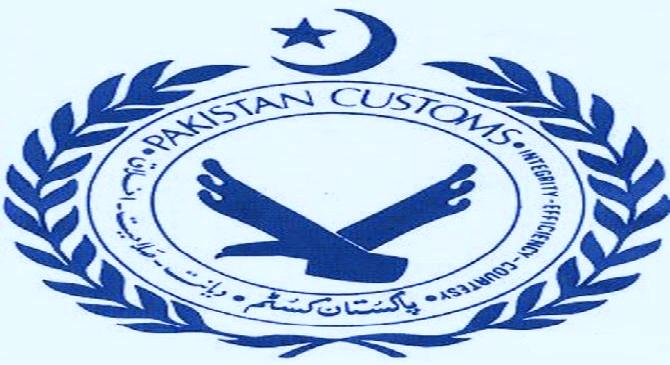 ISLAMABAD: The Customs Intelligence department has observed criminal silence over the increasing allegations of collections of bribes from its officials.

Recently, a complainant, Muntazir, Son of Badsha Mir registered a case against Akmal Hasmhi, an investigation officer working in Karachi claiming that he is collecting bribes from smugglers on the instructions of the incumbent Director General (DG) Customs Intelligence and Investigation.

The complaint had alleged that everyone knows that Hashmi is a blue-eyed of the DG and nobody can transfer him from Karachi despite the fact that he had been transferred from Karachi to Multan in November 2017, however, he is still working in Karachi.

The complainant further alleged in his complaint that the officer on a monthly basis, collects bribes from the smugglers of TP and diesel in Karachi. He even mentioned the names of smugglers in his application however the high ups of the department have kept mum on this matter.

The complaint has also attached the Call Detail Record (CDR) of Hasmhi and smugglers with the application.

Muntazir stated in its application that deputy director and superintendent Customs Intelligence Multan is fully aware of his work and they also involve in this heinous crime.

Hashmi owned millions of rupee property, agriculture land and gardens. “He used to transfer money to his brother Asif Hashmi, who lives in Raheem Yar Khan, interestingly he registered an FIR against his own brother in Raheem Yar Khan upon not returning the money, the complainant stated in his application.

Muntizar alleged that Akmal Hashmi is offering officers to transfer him to Karachi so he can easily run his bribery business.

The document stated that Customs Intelligence department in last month asked the Muntazir to appear before the Deputy Director Customs I&I Islamabad to confirm his claims.

“You are informed to appear before the Deputy Director Customs I&I Islamabad and furnish all relevant pieces of evidence in connection with your complaint against Muhammad Akmal Hashmi, Intelligence Officer (IO).

Earlier, an official of customs department had lodged a complaint against the incumbent DG in National Accountability Bureau (NAB), Tax ombudsmen but no proceeding has been started so far against the DG.

Sources told that Customs Intelligence department has recently hired three retired blue-eyed officials of customs intelligence and department will give Rs50,000 to them from the common pool fund. The officials are Javed Jahangiri, Haji Zahoor and one another.

Pakistan Today tried to contact to Spokesperson of FBR but no response was received until the filing of the story.