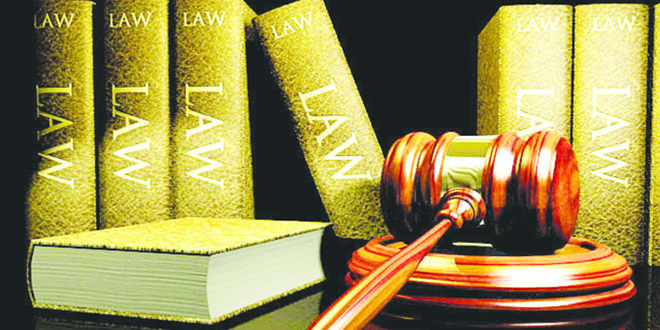 RAWALPINDI: The Rawalpindi Islamabad Tax Bar Association (RITBA) on Sunday welcomed the decision of the government to introduce amendments in the civil law to speed up the pace of pending cases and improve the efficiency of the judicial system.

RITBA also backed a move to introduce a holistic change in accountability law to empower the National Accountability Bureau (NAB) pinch the corrupt elements living princely lives on the cost of poor.

Speaking to tax consultants, RITBA President Syed Tauqeer Bukhari said that the legislation meant to obtain evidence from foreign countries about financial crimes involving Pakistanis should be the top priority.

Lauding the initiatives of the Minister for Law and Justice Barrister Dr Muhammad Farogh Naseem, he said that issue of taxation must be addressed on a priority basis through meaningful amendments.

He said that fair and independent appellate forums are required for tax adjudication system for which Commissioner Inland Revenue (Appeals) must not be an FBR official. Instead, he added, the appointment should be made by the law ministry which should be under the administrative control of Appellate Tribunal Inland Revenue (ATIR)

“The ATIR should be under the command and control of a high court or Supreme Court to ensure independent decisions and protection of rights of taxpayers,” he demanded.

Bukhari said that our regressive taxation regime insulates wealthy from discharging national obligations while it puts an extra burden on poor. The system should be reversed through reforms and rolling back unjustified tax concession for which RITBA will unconditionally cooperate with the government, he added.

During the last five years, he said, direct taxation has not been increased to reasonable levels and the number of filers has declined substantially while poor are paying the price for enhanced revenue collection which should be discouraged.

He said that the culture of tax compliance can only flourish if masses believe that their money will be used for welfare and not be misused by the rulers.

“The government should increase tax on the rich enjoying relaxations for the last 70 years and wisely revise duties on non-essential imports lest it hurts the poor,” he said.