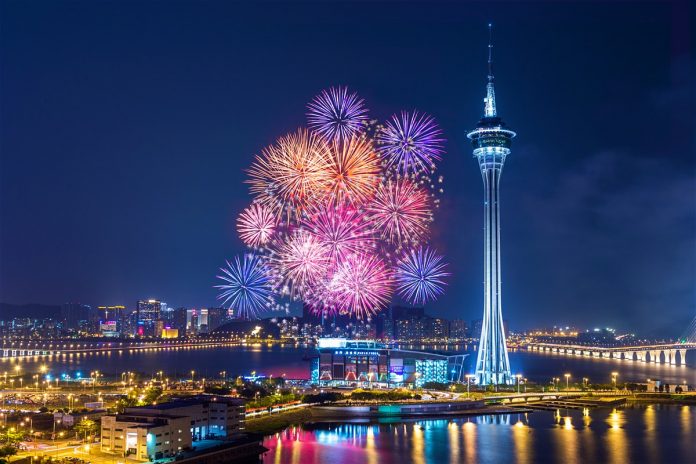 Qatar is on track to lose its status as the richest place in the world to the Chinese gambling enclave of Macau.

The global casino hub’s economy will reach the equivalent of about $143,116 per person by 2020, according to projections from the International Monetary Fund (IMF). That will put Macau ahead of the current No. 1 Qatar, which will reach $139,151 in the same time frame.

A former Portuguese outpost on the southern tip of China, Macau has become a gambling mecca since returning to Chinese control almost two decades ago. It’s the only place in China where casinos are legal, turning it into a magnet for high-rollers from the mainland. Macau’s gross domestic product has more than tripled from about $34,500 per capita in 2001, the IMF data shows.

The wealth gap between the two places is also expected to widen beyond 2020, with Macau’s GDP per capita set to reach about $172,681 by 2023, according to data compiled from the April edition of the IMF’s Global Economic Outlook database. Qatar’s, meanwhile, will grow to just $158,117.

Elsewhere, financial hub Singapore’s GDP per capita is expected to top six digits by next year and is on track to grow to about $117,535 by 2023, while Hong Kong — across the water from Macau — will touch almost $80,000 by that time, the IMF projections show.

Three European countries — Luxembourg, Ireland, and Norway — made the top 10 places expected to be the world’s wealthiest by 2020, while the U.S. came in at No. 12.