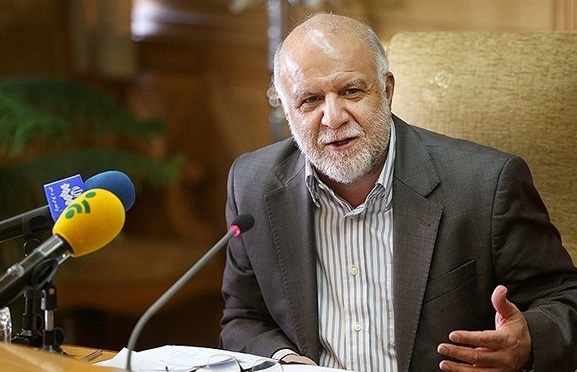 “(Mohammed) bin Salman’s remarks and such bragging can only satisfy (US President Donald) Trump. No one else will believe him. Iran’s oil cannot be replaced by Saudi Arabia nor any other country,” Zanganeh was quoted as saying on his ministry’s website.

Prince Mohammed said in an interview on Friday that the kingdom had met its promise to Washington to make up for Iranian oil supplies lost through US sanctions, reimposed when the United States exited a 2015 nuclear deal between Tehran and six powers.

Washington is pushing allies to cut imports of Iranian oil to zero and will impose a new round of sanctions on Iranian oil sales in November.

But Iran, OPEC’s third-largest producer, has repeatedly said that its oil exports cannot be reduced to zero because of high demand levels in the market and has blamed Trump for an oil price rally caused by imposing sanctions on Tehran.

“The price hike in the market is the best evidence to state that … the market faces a supply shortage and it is worried,” Zanganeh said.

He accused Tehran’s regional rival Saudi Arabia of bowing to US pressure, saying such remarks had no “real impact on the market” but were part of a psychological war launched against Iran.

“Any country that makes such claims … just wants to display its support for the US sanctions against Iran,” Zanganeh was quoted as saying.

“What the Saudis had been supplying the market with, were not from Riyadh’s spare capacity but from tapping its oil stocks,” Zanganeh said, according to the website.

Iran has warned that if it cannot sell its oil due to US pressure, then no other regional country will be allowed to do so either, threatening to block the Strait of Hormuz.

A U.S. government official said on Friday that the administration was considering waivers on Iran’s oil sanctions. Oil dropped to around $83 a barrel on Monday.