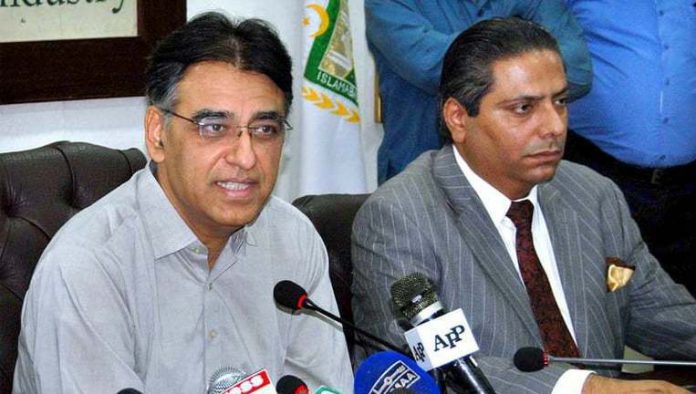 ISLAMABAD: A Pakistani delegation led by Finance Minister Asad Umar will attend the annual meeting of the International Monetary Fund (IMF) and World Bank in Bali, Indonesia, this week, sources confirmed on Monday.

The delegation will leave for Bali to attend the meeting taking place on the Indonesian island from October 12 to 14, sources within the Ministry of Finance said, adding that Finance Minister Asad Umar will meet the IMF officials on the sidelines of the meeting, where he will discuss the challenges confronting the Pakistani economy and the proposed IMF loan programme.

It is pertinent to mention that Pakistan had said it might need to return to the IMF to address its mounting balance of payments crisis but would seek funding from friendly countries first.

Prime Minister Imran Khan, during a press conference on Sunday, blamed the country’s economic woes on the previous government and said the country “may go to IMF for loan to handle (its) financial issues.”

“But, first we will try to get assistance from other countries as we have requested three countries to deposit money in Pakistan’s State Bank that would help boost national reserves,” he said, without offering details or taking any name on the matter.

The IMF concluded a consultative visit last week with a warning that Pakistan needed to quickly secure “significant external financing” to stave off a crisis, though it did not suggest who could supply the money.

The IMF staff team stressed the need for a decisive policy action on further exchange flexibility and tightening of fiscal and monetary policies along with structural reforms and “further increase in gas and power tariffs” to address the difficult economic situation Pakistan is facing, with high fiscal and current account deficits and low foreign exchange reserves.

After the departure of the fund mission, the Ministry of Finance said it largely shared this assessment and was “committed to take further corrective measures to restore stability and inclusive growth”.

Finance Minister Umar had informed that foreign reserves need to be boosted by at least $8 billion, while ministry sources said IMF could lend up to $10 billion.