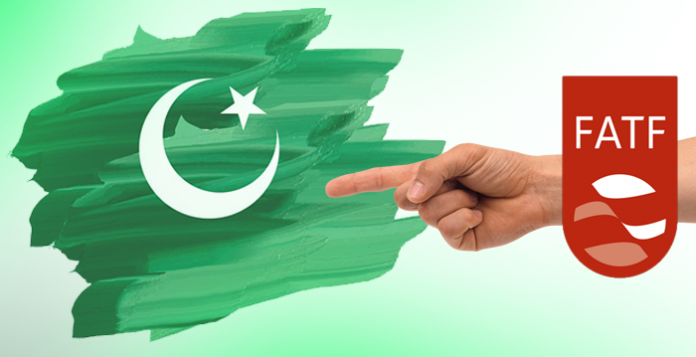 The visiting team of technical experts of the APG initiated the 3rd Mutual Evaluation process of Pakistan which will conclude on the 19th of October.

Also, technical experts from China, Turkey, US, Maldives, UK and Indonesia have initiated determining the steps taken by Pakistan to meet FATF recommendations.

The aim of the FATF’s AGP group is to determine the effectiveness of Pakistan’s Anti-Money Laundering (AML) and Counter-Terrorism Financing (CTF) regime as per the FATF modus operandi.

This visit from the AGP team comes six days before the commencement of the FATF meeting in Paris from 14th October.

Pakistan faces investigation from the APG and FATF after having gotten grey-listed in June this year.

According to sources, the joint group would submit its analysis report in Paris to FATF’s International Cooperation Review Group (ICRG) and its suggestions on the foundation of Pakistan’s Action Plan.

A four-member Pakistani team is set to visit Paris in this regard.

Pakistani officials briefed the FAFT regional body about the measures taken by the country to check money laundering and terror financing.

The delegation was informed that under the light of the United Nations recommendations, Pakistan has taken all possible measures to curb terror financing and money laundering. It was further assured that Pakistan will ensure implementation of United Nations General Assembly’s rules 1276 and 1373.

The APG team on Monday held a meeting with officials of the Financial Monitoring Unit (FMU), the Federal Intelligence Agency (FIA) and the Anti-Narcotics Force (ANF).

Also, FMU apprised the APG team regarding the regulatory and legal changes that Pakistan has carried out in the past couple of months.

The authorities have decided to introduce a law to create prevention against the transfer of money via non-regulated banking channels by increasing punishments.

Moreover, the authorities have also decided to revise the FIA Act of 1974, Foreign Exchange Regulations Act of 1947 and the Anti-Money Laundering Act of 2010.

The APG team was apprised by the FIA that it would have the power to access bank accounts for checking money laundering.

In order to control smuggling across the borders, use of cash in the Pak-Afghan trade would be dissuaded, said sources.

And the FIA told the APG team that it possessed technical abilities to scrutinize NPOs which are suspected of supporting terrorism financing.

The APG team expressed worry that some of these sectors weren’t being properly regulated.

Regarding the problem of non-proliferation, the AGP delegation was apprised Pakistan was undertaking necessary steps against North Korean and Iranian designation persons without delay, said sources.

Furthermore, the APG team was apprised the current laws and regulations were enough to address worries linked to North Korea and Iran.

However, the APG team has sought more lucidity in those actions, strongly counselling Pakistani authorities about public notifications issued in the past to control proliferation regarding Iran and North Korea, sources said.

They added, the Pakistani authorities were required to publish guidelines linked to proliferation.

In deliberations regarding actions against terrorist outfits under United Nations Security Council resolutions, the APG highlighted a need for further oversight and coordination by the provincial and federal authorities, said sources.

While discussing the actions against terrorist outfits under the United Nations Security Council resolutions, the APG underscored that there was a need for further coordination and oversight by the federal and provincial authorities, the sources added.

And the APG team expressed satisfaction over Islamabad’s action to execute FATF guidelines on secrecy laws of the financial institutions.

Earlier, a nine-member delegation arrived in Pakistan on Sunday night for a 10-day visit. The regional body for the Asia-Pacific region is in Pakistan to review measures taken by the country to check money laundering and terror financing. Non-profit organizations and narcotics smuggling will also be part of a dialogue, which will continue till October 19.

During its visit, the delegation will hold meetings with the finance minister, state bank governor, officials of the Finance Monitoring Unit (FMU) and other relevant departments.

It is pertinent to mention that the cross-border movement of currency by the UN-designated groups was among the four key areas of concerns that became the base for placing Pakistan on the greylist maintained by the FATF.

However, Pakistan had denied these allegations.

The Asia Pacific Group is an evolution of the FATF-Asia Secretariat, which was originally formed in 1995.