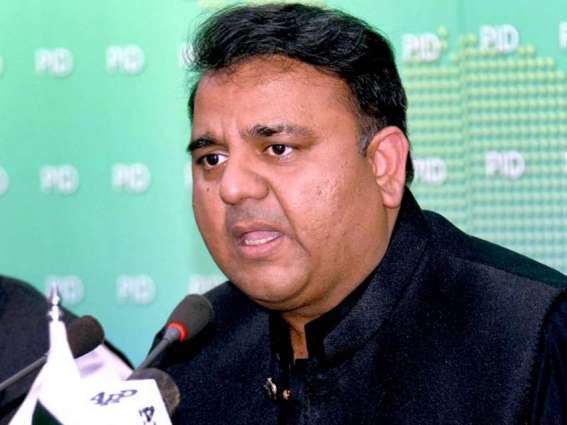 ISLAMABAD: Information and Broadcasting Minister Chaudhry Fawad Hussain on Friday welcomed the Spanish companies for investing in the energy, infrastructure and tourism projects of Pakistan.

Speaking at a reception hosted by the Spanish Embassy to celebrate the National Day of Spain, he said Pakistan highly valued its friendly and cooperative relations with Spain, both bilaterally as well as in the context of the European Union.

“Our relationship is based on mutual respect and similarity of perceptions on global issues. The trajectory of Pak-Spain ties is positive and we are determined to make every effort to maintain it,” he maintained.

The minister said that mutual cooperation between the two countries was strengthened by their shared democratic values, commitment to continued engagement and willingness to help each other. “Pakistan looks forward to deepening its partnership with Spain for the achievement of its objectives of peace, prosperity and development,” he added.

Fawad Chaudhry noted that bilateral trade between the two countries stood at $1.07 billion with Pakistan’s exporting $860 million and importing $211 million during June 2017-March 2018, adding that there was substantial potential for further expansion.

“There is a considerable number of Pakistanis living in Spain and they serve as a bridge between our two friendly countries and positively contribute to the economic development of Spain,” he said. “We will have more investment opportunities after the establishment of special economic zones, which are aimed at promoting regional trade.”

He said the government would welcome investment of the European Union countries in projects related to the China Pakistan Economic Corridor (CPEC).

He invited people from all friendly countries for a visit to Pakistan for business and tourism. “They will find a much safer Pakistan than it was a few years ago. The situation has improved and will improve further,” he affirmed.

Spain’s Ambassador to Pakistan Carlos Morales on the occasion said Pakistan had a rich cultural heritage and he witnessed many changes during his tenure in the country. The one major change was that Pakistan was now a more safe place, which was a major achievement, he highlighted.

He said Spain wanted to boost relations with Pakistan in the fields of trade and investment, adding that during his stay he tried to enhance people-to-people contacts and bilateral cooperation in the areas of education, culture and tourism.

Earlier, national anthems of the two countries were played at the event attended by politicians, members of the diplomatic corps and prominent citizens from all walks of life.