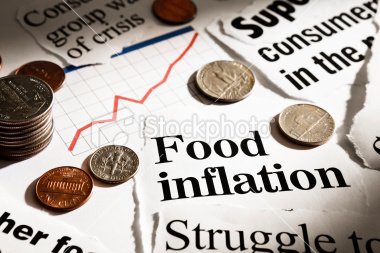 The inflation rate in Pakistan has always been on the high side since the last couple of years. The average Pakistani has been in a constant war of surviving and sustaining his standard of living over the years, but the impact of rising inflation has always been more than what the average citizen could bear.
The month of October ended with the headline inflation crossing 7%, more than what the analysts had estimated.
This rise has a number of reasons. At first, the gas tariffs have increased at a staggering 104.9% in the last month. With winters fast approaching, this increase will have a huge impact on consumers as well as the industry, ultimately damaging the government’s reputation. Coupled with this, rising oil prices internationally over the fiscal year has increased petroleum prices in Pakistan too, which further adds to the already frustrated consumer sentiment.
The prices of foods such as chicken (+35.25%), eggs (+14.41%), wheat (+1.56%) and cigarettes (+9.67%) have also seen a rise. Moreover, the government has levied tariffs on imported products, thus, making them more expensive and increasing the burden on sectors which are import dependent.
Another major impact that is expected is the currency devaluation, with the Pakistani rupee depreciating consistently against the dollar. This decrease will cause inflation to further increase, which will be included in the upcoming CPI readings, doubling the impact already experienced in the following months.
The government is facing a difficult scenario. The financial assistance from Saudi Arabia was indeed a confident sign, but China is yet to announce a package yet. When Pakistan goes towards an IMF bailout package, inflation is expected to increase further. The IMF forecasts that inflation in Pakistan could reach 14% at FY19 end. Now, the government plans to follow a monetary tightening policy, which will increase interest rates further, this will potentially decrease consumer spending and slow down aggregate demand. Making it more difficult for the government to implement the policies they want.
The government needs to strategize on inflation as soon as possible. If inflation increases further, this will not only cause extreme resentment among the masses, volatile economic situation, but will also hurt the political ambitions of the government in power. The government needs to implement financial policies that decrease burden on the reserves and the economy; a major instrument is the use of bonds, which has the advantage of issuing debt in one’s own currency. This funding mechanism should be on the cards as it is vital in sustaining the reserves and making the financial position less concerning going forward.