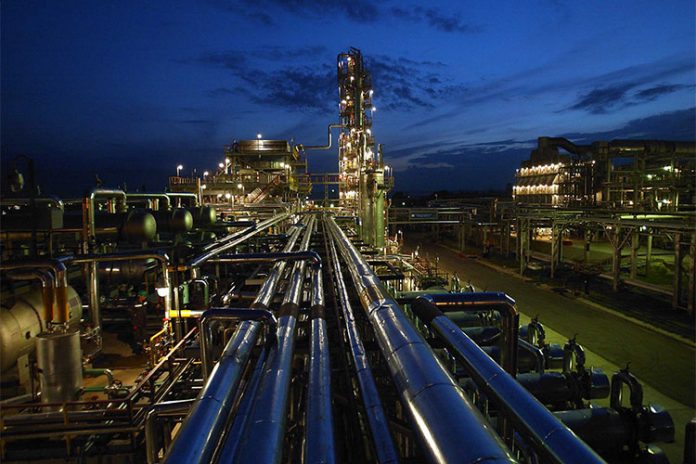 Despite that, market sentiment remains weak on signs of a demand slowdown amid deep trade disputes between the world’s two biggest economies, the United States and China.

The Organization of the Petroleum Exporting Countries (OPEC), de-facto led by Saudi Arabia, is pushing for the producer cartel and its allies to cut 1 million to 1.4 million barrels per day (bpd) of supply to adjust for a slowdown in demand growth and prevent oversupply.

Despite Monday’s gains, crude prices remain almost a quarter below their recent peaks in early October, weighed down by surging supply and a slowdown in demand growth.

This comes in part after Washington granted Iran’s major oil customers, mostly in Asia, unexpectedly broad exemptions to sanctions it re-imposed on Tehran in November.

Japanese refiner Fuji Oil is set to resume Iranian crude purchases after Japan received one of those waivers, industry sources familiar with the matter said.

Japan had ceased all purchases of Iranian oil prior to receiving the waiver in early November.

Meanwhile, oil production in the United States is surging.

The rising drilling activity points to a further increase in U.S. crude oil production, which has already jumped by almost a quarter this year, to a record 11.7 million bpd.

Put off by a surge in supply and the slowdown in demand, financial markets have been becoming increasingly wary of the oil sector, with money managers cutting their bullish wagers on crude futures and options to the lowest level since June 2017, the U.S. Commodity Futures Trading Commission (CFTC) said on Friday.

The speculator group cut its combined futures and options positions on U.S. and Brent crude during the week ended Nov. 13 to the lowest since June 27, 2017.