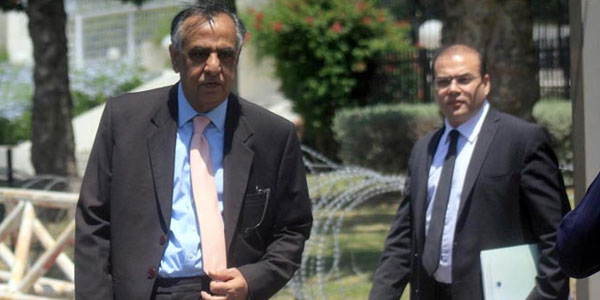 KARACHI: The auditors of the Auditor General (AG) Office have raised serious objections on the provision of salary and perks, worth Rs7.732 million, to former Securities and Exchange Commission of Pakistan chairman Zafar Hijazi after his arrest in the infamous ‘record tempering case’ in June 2017.

As per the records examined by the auditors, Hijazi was paid a hefty salary along with perks from June 2017 until the completion of his tenure (December 2017). In addition, he was disbursed the full amount of terminal benefits amounting Rs7.732 million. However, the sources claimed that the SECP paid these amounts to Hijazi on the directions of former finance minister Ishaq Dar.

“Hijazi was jobless for over a decade before becoming the SECP chairman. After assuming the office, he made assets worth Rs100 million,” the sources claimed. “Hijazi owns a one-canal plot in CDA park enclave worth Rs35 million and has also invested around Rs40 million in mutual funds, including National Investment Trust (NIT).”

It is pertinent to mention that clause 6.21 (iii, iv & v) of the SECP Human Resource Manual 2015, states that in case an employee placed under suspension is honourably acquitted of the charges by the commission, he/she shall be reinstated in service and his period of suspension will be regularised by treating the period of suspension as duty for all purposes.

The employee under suspension for the provisions of this sub-clause shall be entitled to salary, allowances and other benefits as admissible to him on duty. Provided that, the commission may decide to withhold the salary of an employee accused of any gross misconduct/criminal offence, especially in cases where such an employee is absconder/absent from duty.

The audit is of the view that payment of terminal benefits without acquittal and reinstatement of the employees was irregular and unauthorized.

The audit observed that the SECP paid an amount of Rs7.733 million as terminal benefits to the suspended chairman without his acquittal from the charges. It was noted that the commission, notwithstanding the rules, did not withhold his salary despite being cognizant of the fact that a criminal case against the chairman was already in a court of law.

The management replied that the commission, in its 82nd meeting held on December 21, 2017, considered the matters pertaining to the completion of Zafar Hijazi’s tenure and entitlement of his terminal benefits. SECP decided that the HR department may seek external legal opinion in the matter from CKR Zia (legal consultants) and subsequently share the same with the Ministry of Finance for information/advice.

The commission, in its 11th meeting on 1st March 2018, granted approval to release the payment benefits to Zafar Hijazi. Accordingly, his final settlement dues were processed and payment of admissible dues was made to him.

However, the commission’s reply could not satisfy the AG Office. It was noted that as per the SECP HR Manual, the commission may withhold the salary of an employee accused of criminal offences. In this matter, criminal proceedings were not concluded and the accused was not acquitted from the charges. As a result, the payment of terminal benefits was irregular and tantamount to undue benefit.

The audit recommended that the matter may be inquired and responsibility should be fixed for the irregularity.