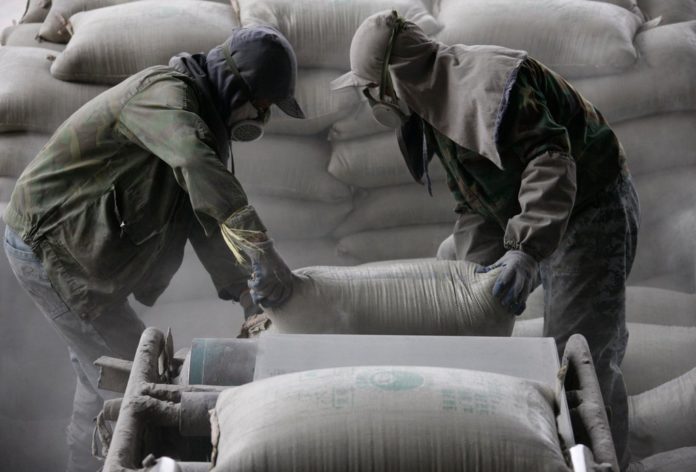 ZURICH: Global demand for cement is seen growing by 1.5 per cent next year, said World Cement Association, as economic risks and trade tensions weigh on the construction industry in many countries.

The demand forecast is an improvement from the 0.5 per cent dip in cement volumes seen in 2018, and one per cent increase during 2017, the trade association said.

Next year’s improvement is mainly down to a better situation in China, which consumes more than half of the world’s cement and where demand is expected to grow by 0.5 per cent after two years of declines.

But outside China, the WCA foresaw subdued demand. In the world excluding China, it forecast cement demand to increase by 2.8 per cent in 2019, down from a 3.3 per cent rise in 2018.

The body, which has 72 members, cited rising economic risks and companies’ shuttering plants to tackle over-capacity as the main reasons for the deceleration.

“Overall WCA forecasts indicate 2019 will be a year when the world cement market will see subdued demand, and the outlook is relatively weaker than 2017 and 2018,” it said, adding the year ahead would be “challenging” for many cement producers.

LafargeHolcim, the world’s largest cement company, last week said it expected its 2019 sales to grow at a slower rate than in 2018, although it expects core profit to grow faster than sales as it cuts costs.

In 2019, the WCA expects the US cement market will grow by 3pc, lower than the 4pc rate in 2018, after President Donald Trump’s large infrastructure investments failed to materialise.

The State Bank of Pakistan (SBP) announced on Friday that the  Deposit Protection Corporation (DPC) has revised its guaranteed amount for all eligible depositors...
Read more
World Business News

CARACAS/HOUSTON/WASHINGTON: Venezuela has agreed to a key contract to swap its heavy oil for Iranian condensate that it can use to improve the quality...
Read more
HEADLINES