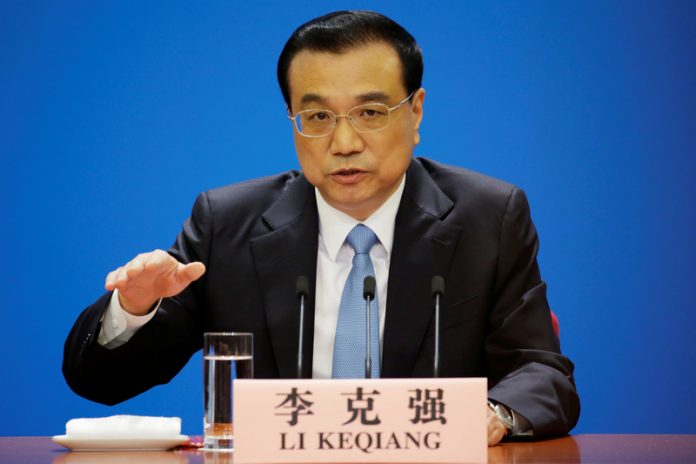 SHANGHAI: China’s plans for tax cuts targeting smaller companies will help to support employment and economic stability, and will expand the country’s tax base over the long term, Premier Li Keqiang was quoted as saying on Saturday.

“Implementing tax cuts for small and micro enterprises is mainly to support employment,” Li said in comments posted on the Chinese government’s website.

Developing and strengthening small companies is linked to economic stability and stable employment, he said.

“Looking at the long term, this will continue to expand the tax base, conserve tax resources and ultimately achieve wins for mass employment, corporate profits and fiscal revenues,” he was quoted as saying, referring to the corporate tax cuts.

Li’s comments come amid growing official concern over China’s slowing economic growth and its impact on the labor market.

Chinese authorities plan to set a lower economic growth target of 6 to 6.5 percent in 2019, compared with “around” 6.5 percent in 2018, sources said, as weakening domestic demand and a damaging trade war with the United States drag on business activity and consumer confidence.

Analysts expect that China’s economy grew around 6.6 percent last year, its slowest pace since 1990, and it is expected to cool further in coming months before a slew of support measures start to kick in.

“The bottom line for the policymakers is social stability, which is crucially tied to the unemployment rate and job creation,” analysts at BoAML said in a recent note. “With US-China trade risks still looming large, we believe policymakers would not hesitate to take pre-emptive measures to stabilize expectations on job stability.”

More growth boosting steps are expected this year as policymakers seek to avert the risk of a sharper slowdown.

China’s State Council, or cabinet, said on Jan. 9 that it would further reduce taxes for smaller companies. On Friday, Finance Minister Liu Kun said authorities would step up tax and fee cuts to lower corporate burdens.