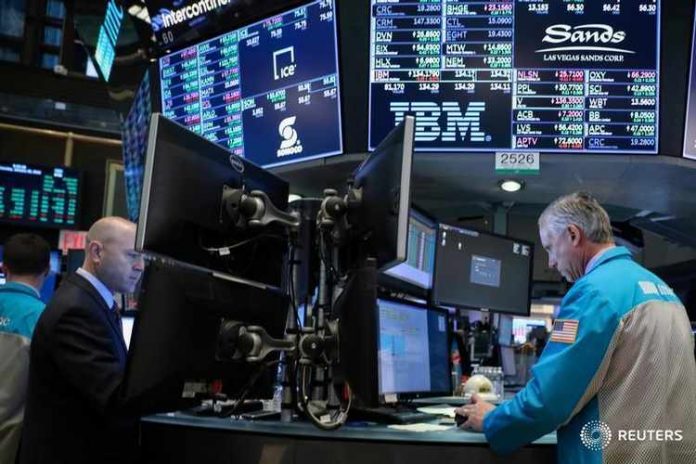 With expectations for slowing growth escalating, US fund managers are selectively avoiding stocks in consumer companies as lofty valuations, concerns about declining earnings estimates, and consumer confidence keep them on guard.

Low US unemployment and rising wages should point to a healthy consumer, but worries about global growth, domestic US politics and a US-China trade war have been wearing on consumer and investor moods.

Wall Street expects fourth-quarter earnings growth of 14.7pc for the S&P 500’s consumer discretionary index – below the 17.8pc consensus from October at the beginning of the fourth quarter, according to data from Refinitiv as of Friday morning.

And for the first quarter, analysts expect discretionary earnings to fall 1.7pc, compared with expectations for 6 percent growth on Oct 1.

For consumer staples, fourth-quarter earnings are expected to grow 4.2pc, down from the 6.7pc consensus in October, with 0.7pc growth expected for the first quarter.

In comparison, the broader S&P benchmark is expected to report fourth-quarter earnings growth of 16.8pc and decline 0.1pc in the first quarter.

“Our thoughts on the global consumer is that the marginal data points coming in are more negative than positive,” said Eric Freedman, Chief Investment Officer at US Bank Wealth Management in Minneapolis. His firm is “market weight to slightly underweight” on consumer discretionary while it views consumer staples valuations as “fair to slightly over-valued.”

US consumer confidence fell to a 1-1/2 year-low in January as a partial shutdown of the government and financial markets turmoil left households nervous, according to a Conference Board survey.

Shawn Kravetz, Esplanade Capital LLC’s chief investment officer, said while the “consumer remains generally robust, most people have had something in their life in the past few months that has given them pause.”

“For the wealthy, it was watching the stock market go down 15pc in the fourth quarter,” Kravetz said. “For government workers, it was weeks of no cash flow and uncertainty. For many, it was the uncertainty of the shutdown and what the secondary effects might be to them directly, to their jobs or businesses, or the economy at large … everyone was touched directly or indirectly. That didn’t pop the bubble but certainly let a little air out.”

Like other investors, Kravetz is largely avoiding consumer stocks because of their valuations.

The consumer discretionary index trades at roughly 19.8 times forward earnings estimates compared with 17.3 for consumer staples and a 15.8 multiple for the broader S&P, according to Refinitiv data.

“You’re paying more for less growth,” said Burns McKinney, a portfolio manager at Allianz Global Investors in Dallas. His firm holds stocks in consumer companies including Target Corp and General Motors but is underweight the broader discretionary and staples sectors.

“The big retailers like Walmart are fairly valued with solid expectations but also with some risks,” Kravetz said. “The brands like Coca-Cola and Pepsi are mostly near their highs as safety in storms but with enough risks to keep us away. The stores like Macy’s and Gap are challenged.”

Jharonne Martis, director of consumer research at Refinitiv, said retail growth is still healthy, but because growth was “significantly stronger” earlier in 2018, “some of the stocks could be punished” when retailers report earnings.

“We’re already seeing that consumer confidence has lowered and analysts have been lowering expectations for 2019,” said Martis.

So far, 71pc of consumer discretionary firms have beat Wall Street’s fourth-quarter earnings expectations, with more than half of the results already released. About 64pc of staples companies have beat estimates, with reports out from two-thirds of the sector, according to data from Refinitiv.

A major challenge to first-quarter numbers for consumer companies was the 35-day partial US government shutdown, when hundreds of thousands of federal workers went without paychecks.

Because of the shutdown, government data releases were delayed. The US Commerce Department’s Census Bureau announced earlier this week that it would release December’s retail sales report on Feb 14.

In a recent poll, a majority of economists saw the shutdown having a significant impact on the first quarter gross domestic product growth, with the median expectation for a 0.3 percentage point trim.